As Ukraine-Russia conflicts continue, nearly 5.27 million people have fled Ukraine as of 25 April and the most common countries of arrival are Poland, Romania and Moldova. Since all men aged 18 to 60 were told to stay and fight and were banned from leaving the country, most refugees are women and children, who will fall prey to the ill-minded. 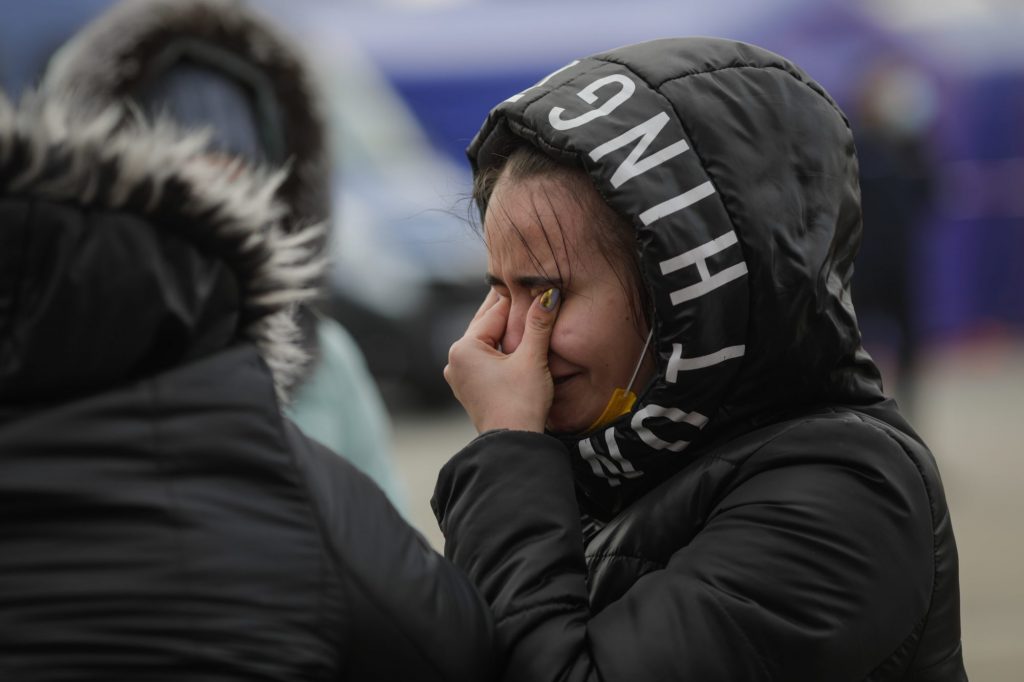 Some people are emotionally vulnerable when they arrive at the borders.

At the end of 2021, the United Nations revealed that one out of five refugee girls and women have encountered sexual violence and the situation is worsening. Facing the Ukrainian refugee crisis, we can anticipate issues such as sexual violence,  human trafficking and forced labour. We have to act fast to prevent these incidents from happening again.

When refugees started to emerge at the borders and lots of people voluntarily showed up to offer help, many of us were touched by the scene and fully unaware of the danger that is brewing. 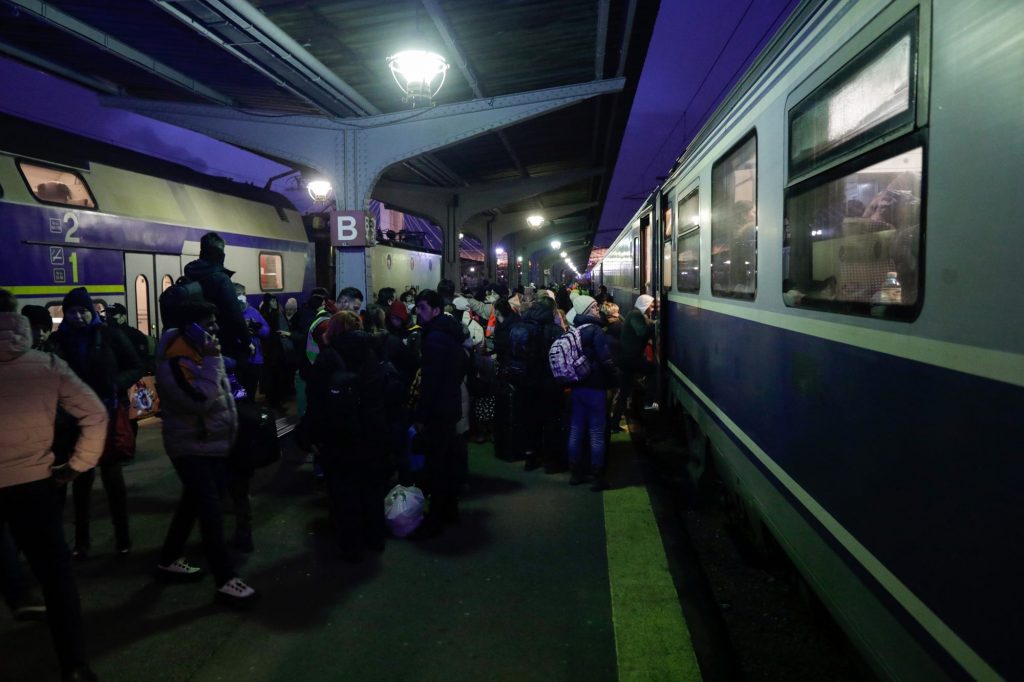 Train stations are packed with people and the ill-intended can pick up women and children without being noticed.

A mother of two children who escaped to Romania shared her story with the BBC. When she and her children were looking for a car to the city, a man claiming to be a ‘volunteer’ approached them. He aggressively recommended they go to Switzerland and offered a free ride. The man stared at the mother and daughter sleazily and the mother started to sense some problems. “He said we would be travelling with other women but then he changed his mind and insisted we travel alone with him. He also angrily refused my request to look at his identity card,” the mother said. Luckily, she was alerted and successfully ran away after she told the man they would go with them in a minute; otherwise, it could be another tragedy.

Apart from the train stations, there were also posts on the internet asking to trade shelter and food for sex. They use money to attract refugee girls to their homes. There were employment ads “looking for refugee girls to do household cleaning” and turned out to be asking for sexual services when the girls appeared at their houses. There were all kinds of tricks they used.

Making Use of the Vulnerability of Refugees to Avoid Legal Liability

António Guterres, UN Secretary-General, warned on Twitter “For predators and human traffickers, the war in Ukraine is not a tragedy,” it is an opportunity to make money. They use “rescue” as an excuse to approach their prey. They look into the helplessness and vulnerability of the refugees and deceive them. They claimed that they can help the girls with daily necessities, mobility and shelter. In fact, some of them will treat the girls with sexual violence and some of them will sell the girls into the sex industry, sell children as products or force them to sell labour. Because of the patchy registration processes at the borders in the beginning, some of the children were nowhere to be located and their safety is worrying.

The reported crime rates in refugee communities have been unreasonably low over the years. It is because the predators will take advantage of the language barrier of the refugees and make themselves their only hope in the situation, then the prey cannot seek help outside when they are in danger. Another reason is that many of the refugees are scared that their reports will affect their asylum application and they do not dare to voice out the problem. Predators make use of their mindset to force them into exploitation.

Although there are ill-intended people, there is also true love and care in the world. Because of the help from local communities and organisations to strengthen the reporting mechanism, the police forces have more patrols at the borders and a better volunteer system has been set up to register the volunteers and identify each person, the suspicious men at the train stations have mostly disappeared and refugees can finally take a rest there. 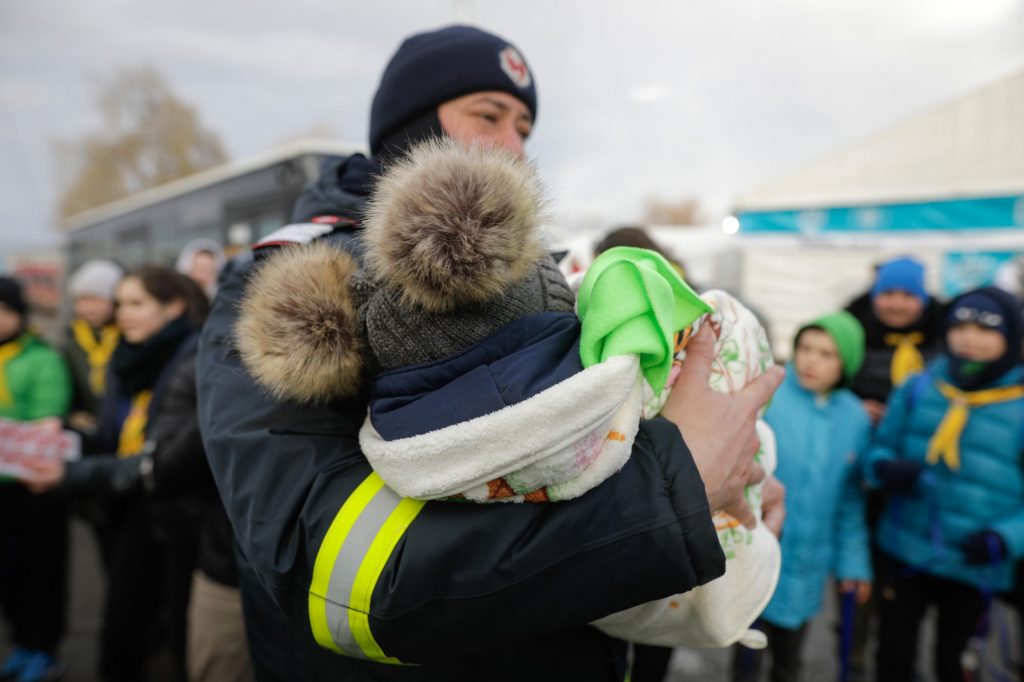 Plan International is working  with other aid organisations and governments to register all volunteers and trace the whereabouts of refugee families. 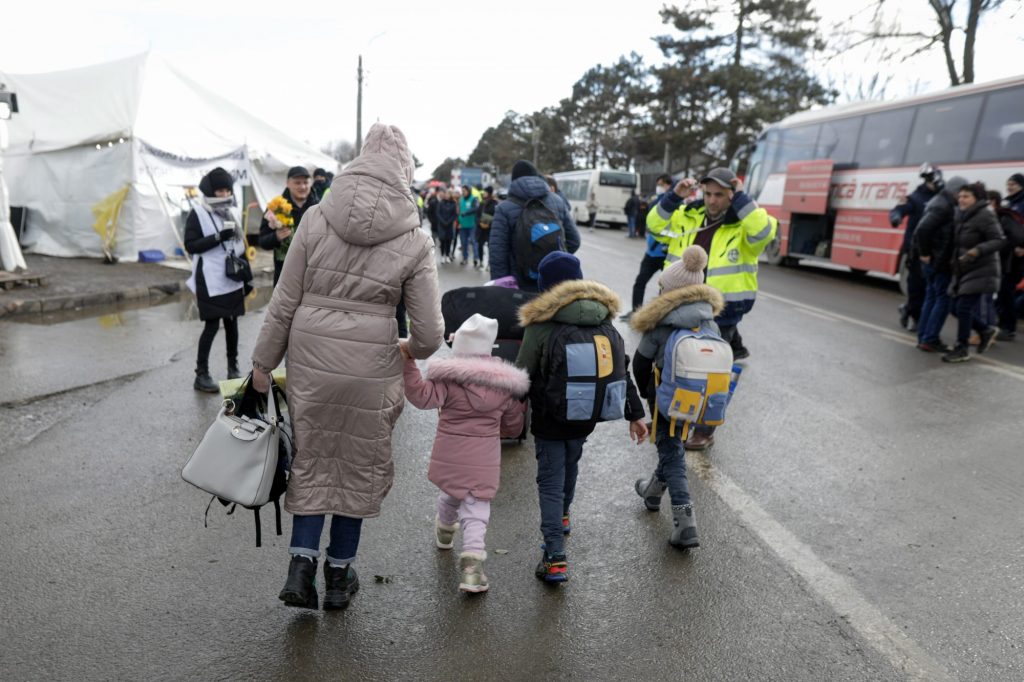 Officials lead refugee families to stay on the registered buses to minimise the risk of  human-trafficking.

With the generous support of people around the world, Plan International has set up centres at the borders of several countries. On one hand, we promote the message of child protection and measures to prevent sexual violence and human trafficking; on the other hand, we provide refugee families with materialistic and psychological support to cater for their needs. The war is still going on and it takes a long time to heal. We have to think about the long term support to the families, from providing child protection information to arranging schools for the children. We will need everyone’s continuing support to safeguard refugee children and families’ interests. 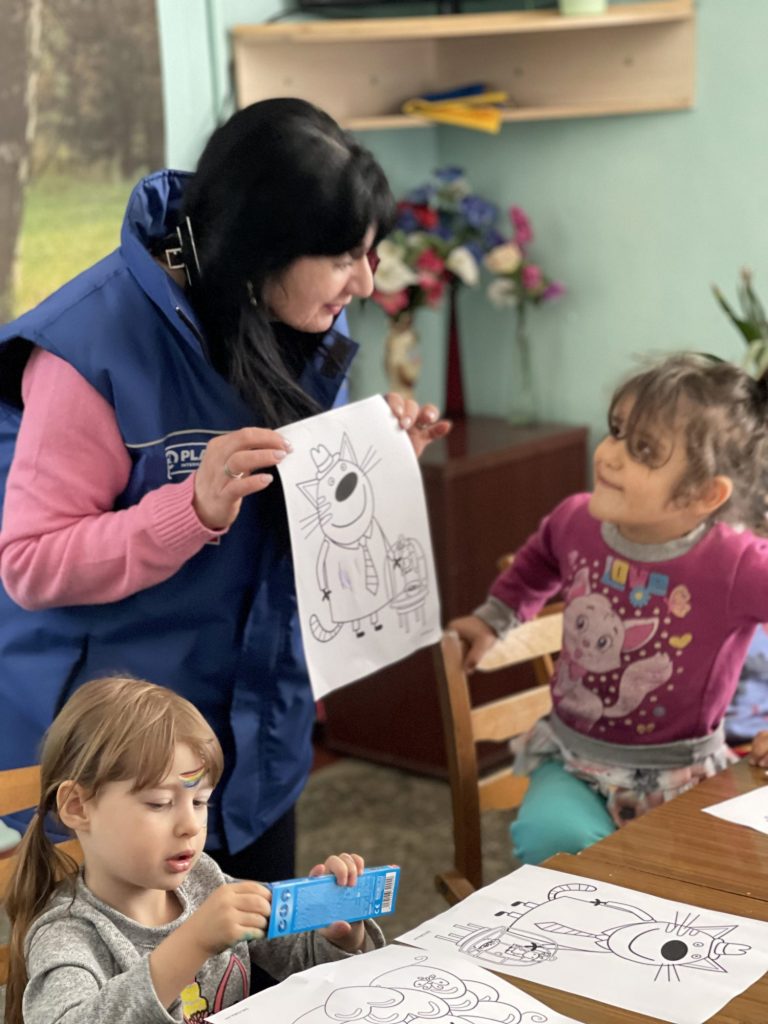 Psychologists and helpers in Plan International’s centres help ease the trauma in children with a wide range of activities and game-based therapy. 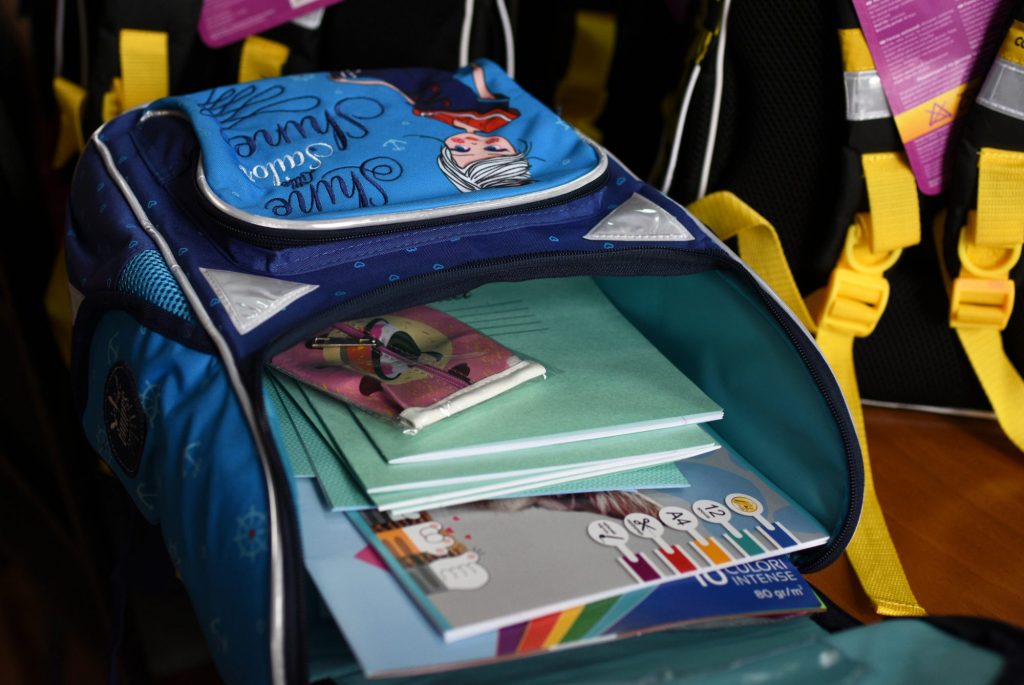 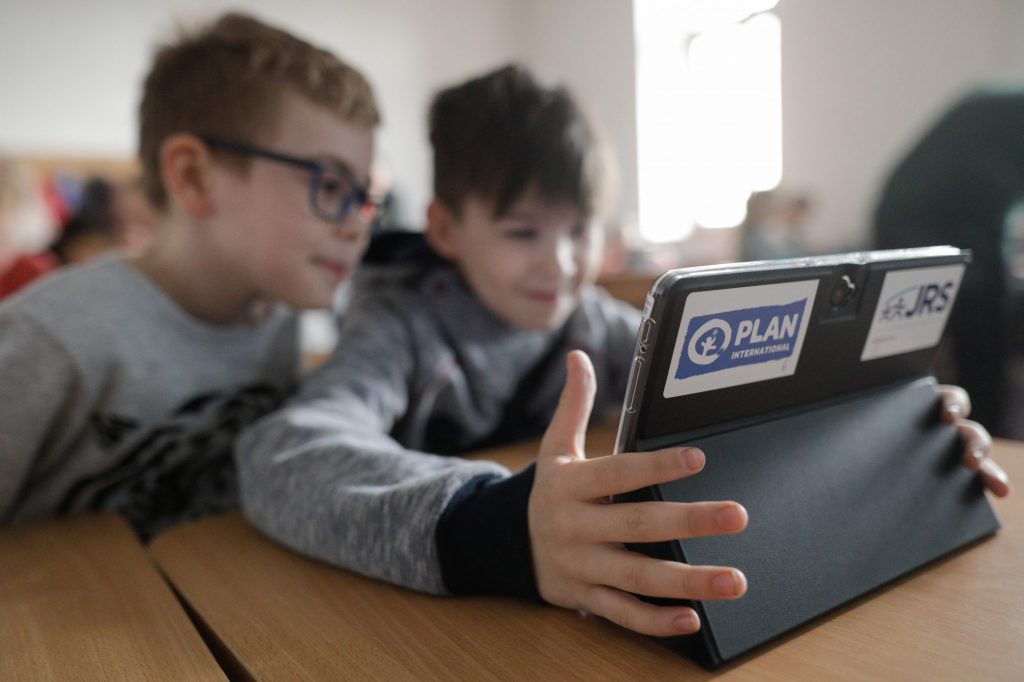 Because of the large number of children on the school enrolment list, Plan International provides tablets in the learning centres for children to continue their learning and acquire safety information so that they can protect themselves and their families.