Millions of children at risk of death unless immediate action is taken to fight the global hunger crisis, warn six of the world’s largest child-focused NGOs.

The world is facing a hunger and nutrition crisis of unprecedented scale with one child already being pushed into severe malnutrition every minute, and 8 million children are at risk of death in 15 crisis-affected countries unless they receive immediate treatment.

Globally, almost 50 million people are living in emergency or catastrophic levels of acute hunger. The impact of such sheer volumes of people experiencing extreme hunger will have devastating and lifelong impacts on children’s rights to health, nutrition, education, protection and survival if we don’t act now.

We, the CEOs of the six largest child-focused NGOs, united under the Joining Forces Alliance, have come together to express our shared concern about the devastating impacts on children. 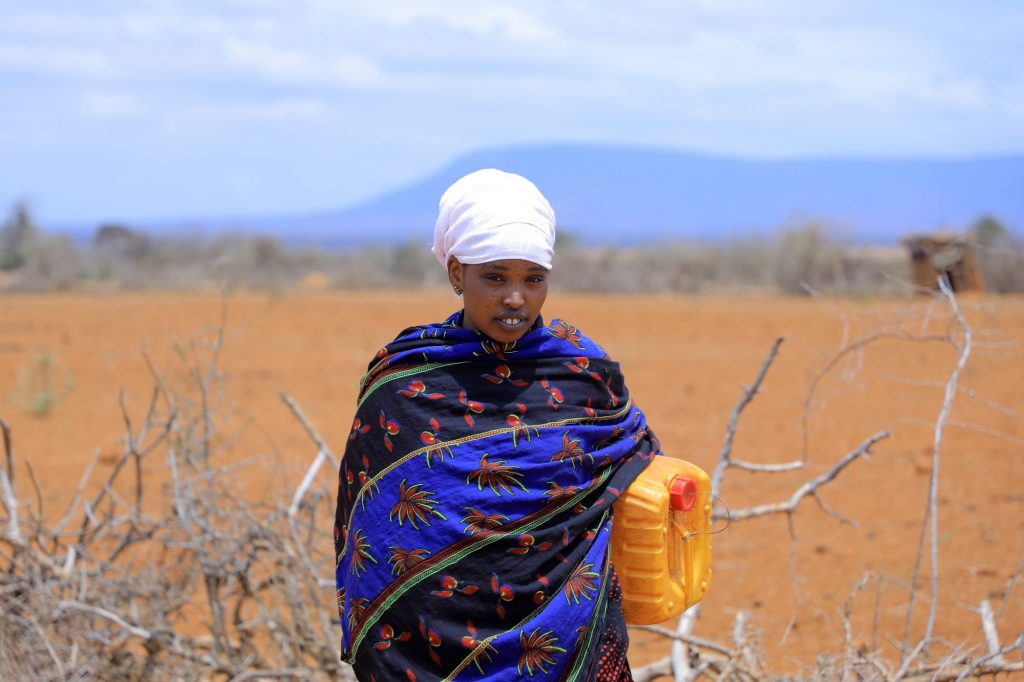 Motie Mulu, 16, from Ethiopia walks for over an hour to reach a water source.

We cannot wait for famine to be declared before acting

Famine is preventable and has no place in the 21st century. In 2017, we demonstrated the power of collective action to avert famine in Somalia. As an international community we have a collective responsibility to ensure that urgent action is taken to prevent the deaths of hundreds of thousands of children. We cannot wait for famine to be declared before acting. Over half the deaths in the 2011 Somalia famine, where 260,000 tragically lost their lives, took place before famine was declared. Half of all those that died were children under five years of age.

Food security is not a privilege but a right enshrined in the 1948 Universal Declaration of Human Rights.

As organisations that work directly with children, families and communities around the world we see daily the devastating toll that the compounding effects of conflict, climate change and, COVID-19 and the ripple effects of the conflict in Ukraine are having.

The hunger and nutrition crisis is already having profound consequences for children including, threatening child survival and protection and increasing the risk of severe and acute malnutrition. Children are at heightened risk of violence, exploitation and abuse due to dropping out of school, forced labour, recruitment and use by armed forces or armed groups and family separation. Children without parental care are especially vulnerable to food insecurity and its multiple effects. Girls are at particular risk of child, early and forced marriage, early pregnancy, school drop-out, sexual exploitation and abuse. When food is scarce, girls and women often eat less and last.

Rights and needs of children must be prioritised in crisis response

The rights and needs of children must be prioritised in the response to this crisis. We cannot continue with a business-as-usual approach. The response must be grounded in children’s needs and aspirations, and empower young people as agents of change.

Governments and donors must urgently act to prevent massive loss of life and protect children from life-long lasting negative consequences for millions of children. Food security is not a privilege but a right enshrined in the 1948 Universal Declaration of Human Rights. International leadership and political will must drive both an immediate response and tackle the root causes of hunger, such as conflict, economic shocks, climate change and unequal access to agriculture resources, through collaborative and locally driven solutions.

We commit to work together with governments and donors to ensure that children’s needs are prioritised through a gender-responsive multi-sectoral response spanning food security, nutrition, health, WASH, education, protection and social protection systems, we can address the impacts of the food crisis while protecting lives and building resilience against protracted crisis and future shocks.