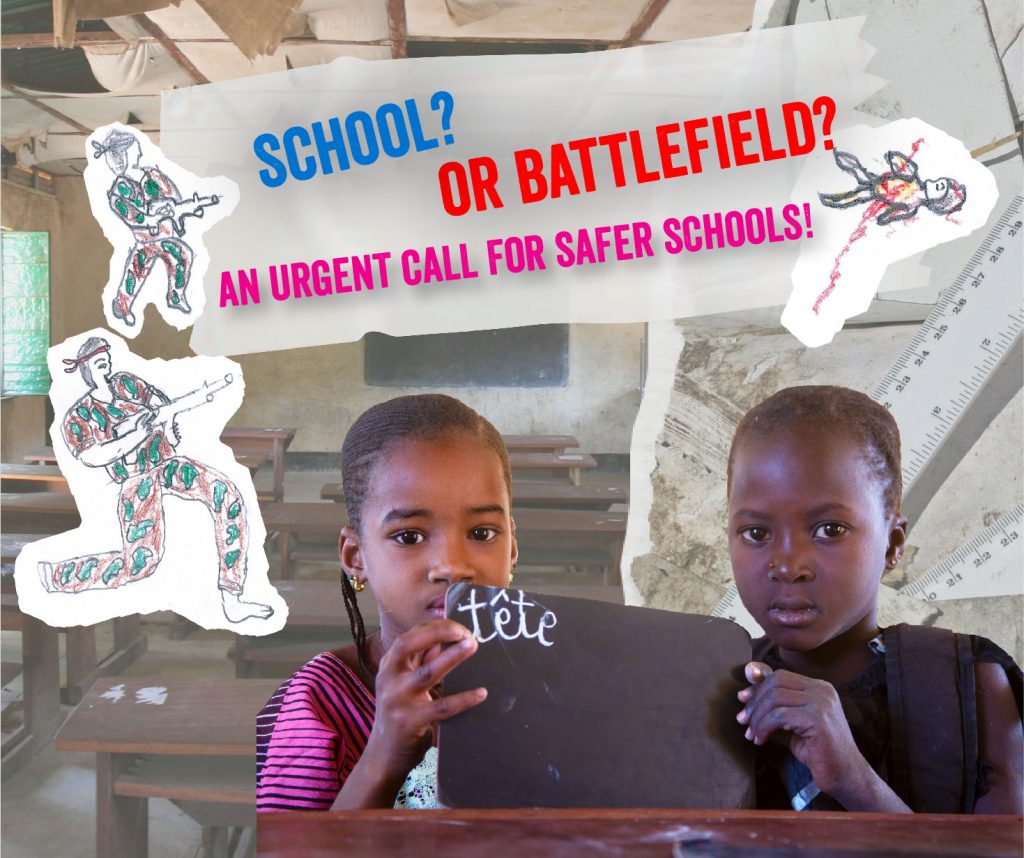 A female Nigerian student, who was kidnapped by the terrorist armed force Boko Haram back in 2014, was finally set free in August this year and able to reunite with her family. The good news has brought hope to the desperate families of the other victims. She was one of the 276 girls who were held captive in the Chibok school attack back then when the armed group pretended to be security guards to carry off the students from the school campus. The group has been trying to brainwash the students, convert them into Muslims, force them to marry Boko Haram soldiers and give births during captivity. Although the incident captured international’s attention, less than half of the students were released or successfully escaped in the years. The situation of more than a hundred of them is still uncertain.

Muhammadu Buhari, the president of Nigeria, stated in a conference on safety in education that 12 million children in the country are scared to go to school. Many of them are traumatised by the frequent armed activities such as kidnaps in school. These students have found it difficult to concentrate during classes and are worried to be the next victim, thus avoiding school by skipping classes or dropping out. 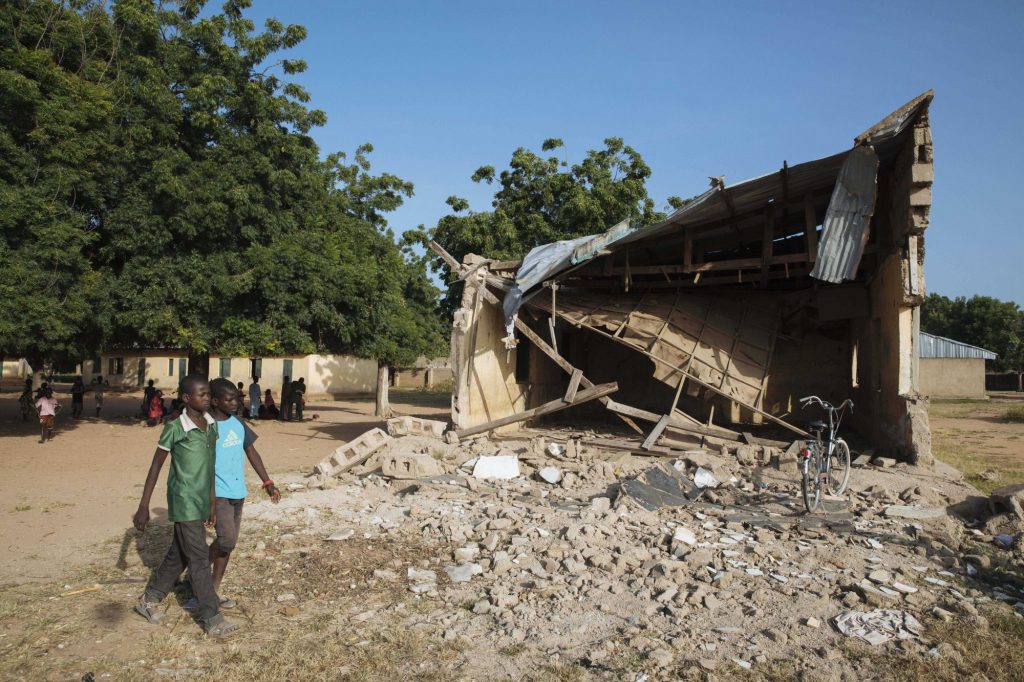 Villagers are in fear of Boko Haram’s violent attacks in Adamawa, Nigeria, where over a thousand females have been kidnapped or killed in less than 10 years. The picture shows a school destroyed by its ‘soldiers’.

Ceaseless Alarm around the World Give Students Nowhere to Hide

Attacks on school sound inconceivable to us, yet, they happen all the time in some regions. The official statistics given by the Nigerian government show that armed groups have already carried off more than 1,000 students from December last year to this October in the northwest and central Nigeria. Let me tell you a more frightening fact: Nigeria isn’t the only country suffering from these attacks!

Between 2015 and 2019, the violent incidents targeting educational institutions and venues recorded by the Global Coalition to Protect Education from Attack (“the Alliance”) has reached over 11,000, affecting 75 million children from 3 to 18 years old in 35 countries and causing around 22,000 injuries and deaths among students and teaching staff.

Girls Deprived of the Rights to Learn

Are girls easier to become a target of violent incidents? Yes, they are! The Alliance’s report also revealed that females from 21 countries were attacked deliberately when they were at school because of their gender. According to UNESCO, the secondary school dropout rate of girls in conflict regions is 90% higher than those in safer regions. These countries often have severe gender inequality and discrimination, as well as a higher proportion of child marriage and teenage pregnancy. People in these regions tend to believe that girls do not need to, or shouldn’t be educated; instead, they think girls should ‘behave’, do household chores, get married and give births.

Take Nigeria as an example again. Boko Haram, the local armed group, is a jihadist organisation that believes in Islamic fundamentalism. They believe education will brainwash girls with ‘harmful Western beliefs’ and the girls will soon become rebellious and uncontrollable. As the Quran said ‘whoever fights in the cause of God, then gets killed, or attains victory’ will be granted a ‘recompense’, Boko Haram believes that their ‘soldiers’ should be rewarded with girls they kidnapped from schools like how they will be rewarded with 72 virgins in heaven.

Taliban, another jihadist Islamic fundamentalism organisation, has seized power in Afghanistan again recently. The group was in control between 1996 and 2001 and banned all girls from schools. Although they publicly claimed that they will allow girls to attend girl-only schools taught by female teachers this time, most of the girls in the country including those in Kabul, the country’s capital, are still forbidden to go to school at this moment. It once again proves unstable political environment and religious conflicts will deprive girls’ rights to education and autonomy.

The president of Nigeria said the same in the conference on safety in education as well. He pointed out the severe dropout issue in the country and the vulnerability of girls under a conflicted situation. He commented that the consequences last for a lifetime as girls are easier to fall into child marriage if they drop out of school and the problems are inter-correlated. Statistics from the United Nations show a 44% high child marriage rate in Nigeria and the country has one of the highest number of girls married before turning 18 in the world.

The Safe Schools Declaration and Our Vision

In light of it, Norway and Argentina launched the Safe Schools Declaration (“the Declaration”) in 2015, as an inter-governmental political commitment by states to better protect students, teachers and schools and support the continuation of education during armed conflicts; to prevent the use of schools as military purpose, etc. The endorsing countries have to ensure their schools are safe and adequately resourced, strengthen the monitoring and reporting of attacks and provide assistance and continuing education to victims. 111 countries have already endorsed the declaration and our goal is to build a safer learning environment for children, especially for girls, with the involvement of every country.

Plan International has not only been an active member in the Watchlist on Children and Armed Conflict under the United Nations in the years to advocate for child safeguarding and girls rights in different meetings, but also has the organisation been devoted to convincing governments to sign the Declaration. We have been negotiating with countries in western and central Africa since 2016 and providing livelihood improvement programmes and a safer learning environment for children in conflicted regions.

We have been co-existing with the Coronavirus for almost two years. Now we are getting back to our normal lives and schools have gradually resumed. When children return to school, we have to deal with the security problem on the campus to protect them. We also have to monitor the regional resources-induced conflicts caused by the pandemic, such as the heating situation in Sahel, western Africa, to prevent schools and children from violence.

Plan International will continue to convince different nations to support the Declaration, to provide educational assistance to children, to keep girls away from crises like child marriage and teenage pregnancies and to put pressure on regional and international governmental bodies so that they will allocate more resources to develop girls’ education and value girls’ voices in the policy-making process. We would like to invite you to support our children and girls’ safe school projects to safeguard their future together!