Taking a proper bath should be a time for relaxing from our daily stresses, and it is also a basic human right. However, girls living in the slums in Bangladesh are living in fear of being sexually harassed every time they take a shower.

Slums are dark, filthy, and littered areas that most people avoid like the plague, but they are the shelters for many Bangladeshis. With a population of nearly 160 million, Bangladesh is one of the most densely populated countries in the world. There are more than 5,000 slums in the capital, Dhaka. Over 1.8 million people live a hustle and bustle life in dilapidated iron houses with poor sanitation every day just to earn a living in the city.

The housing in the slum areas was built with temporary materials such as plank and iron sheets and located next to polluted rivers, factories, and main roads. There is a lack of basic facilities like water and electricity. Bangladesh has a humid and rainy climate, with torrential rains always causing disastrous floods. However, more than 1.8 million people there lack access to a safe water source, and 36 million lack basic sanitation facilities.[1] Many slum areas only provide water once a day, so residents have to store water in buckets for use. Due to limited access to water and sanitation facilities, at least 90% of families living in Dhaka slums share public sanitation facilities, with at least 16 families using the same public toilet[2]. Children are forced to wait for showers for more than one or two hours, which disturbs their studies. Not to mention that the public toilets are in poor condition, with sewage flowing on the floor, insufficient lighting, a lack of management and maintenance, and a broken door lock. Since hundreds of residents share the facilities, it worsens the sanitary conditions and increases the risk of disease spread. Women are more exposed to the danger of being attacked and harassed.

Bathing in the dread: 13% of girls were sexually harassed

Not only is the water supply limited, but the bathing space is also a big challenge for the residents. Like most slums, the bathing spaces in Dhaplur slum have no cover at all and are completely exposed to the public. People of all ages and genders have to take showers in the common areas. Taking a simple bath causes trauma for girls; not only is their privacy and dignity violated, but they are also at risk of sexual violence. To solve the problem, girls are forced to go to the toilet or bathe as quickly as possible. What’s more, they have to face the problem of “period shaming.” In Bangladesh, menstrual blood is regarded as unclean and filthy. It is a nightmare for girls when they go through menstruation. In order to avoid washing sanitary napkins made of old cloth in public places, many women dare not change them for a long time, which is not hygienic and harmful to their health. They usually go to the bathroom together in the dark. Darkness brings a sense of concealment for women, but it also increases danger. Every time they go to the toilet or take a bath, it is a choice between safety and hygiene.

Plan International interviewed 417 girls, aged 14–24, living in slums in Bangladesh. According to the survey, 98% of them said they use open bathing spaces for taking their everyday showers. On average, each bathing space is shared by 35 to 45 people and up to 70 people at most. Around 70% of the interviewed girls said that they had suffered verbal violence when using the open bathing space; nearly 13.4% said they were sexually harassed; and eight of the interviewees were secretly photographed and blackmailed.

Marin is a 19-year-old girl who lives in the Dhaplur slum. One of the biggest bathing spaces in her locality is located next to a dusty construction site, and everyone can easily spy on the girls, even filming and taking photos. Marin shared that her neighbour was secretly filmed by a construction worker while she was taking a bath, and he even blackmailed and threatened her to upload the video onto the Internet. Fortunately, the girl fought back bravely and reported the case to the police.

Marin once learned about children’s rights and girls’ rights through Plan International’s projects. Realising her rights, she shared knowledge about menstruation on local radio, hoping to eliminate traditional prejudices and gradually remove the stigma of menstruation. “In the past, when girls encountered injustice, they were afraid and kept their voices silent. Now they are brave; they dare to defend themselves because they know it is their right to do so.” Marin shared.

To protect girls from sexual harassment and allow every girl to take a bath without fear, Plan International started a model project titled “Empowering Girls for Economic Opportunity and Safe Space-Egloss” in January 2022, which established and renovated 15 bathing spaces providing clean water for women in four slum areas in Dhaka, including two for people with special needs. A safe bathing space in Dhaplur District has already brought hope to 45 women in the area. Two 17-year-old girls, Maleka and Tonniakhter, who benefited from the project, said: “We are very happy to be able to enjoy this facility! Now we can finally go to the toilet and take a bath without dread, and we don’t have to worry about men’s gazes during menstruation.”

Plan International believes that empowering the community to participate in the project can bring long-term and sustainable changes. The project of building toilets is being jointly undertaken by local residents. They will share the duties and costs of management and maintenance to ensure that the facilities will not fall into disrepair and have a sustainable impact, and benefit the community in the long run.

Create a safe environment for girls

Plan International aims to build 10 safe bathing spaces in urban slum areas (cost around HK$23,000 each), and the total fundraising target is around HK$230,000. Hope you could join with Plan International, to help develop a safe environment for girls in Bangladesh and other developing countries and let them be free from other forms violence and threats.

Girls Fund Monthly Donation
By donating $4 a day: you can support Plan International to develop a safe environment for girls in Bangladesh and other developing countries and let them be free from other forms of violence and threats. 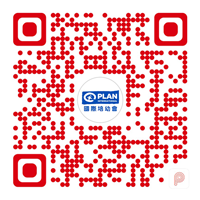 Cash Donation via Circle K/VanGO/U Select stores (one-off donation)
Please bring along the barcode to any Circle K, VanGO or U Select stores in Hong Kong to make a cash donation*, and send us the original copy of the transaction record together with this form.
* Upper limit per transaction is HK$5,000. 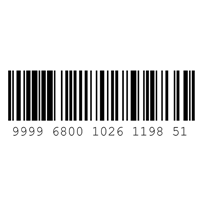 Allocation of donations
Plan International will allocate donations for designated projects in accordance with the donor’s intent. However, when the designated project is fully funded, additional donations will be used where needed most for more efficient use of resources without prior notice.