Due to the pandemic, the 26th UN Climate Change Conference of the Parties (COP26) was rescheduled from November 2020 to the end of this year in Scotland. Yet, time waits for no man. Climate issues are getting worse every second and affecting thousands to millions of people.

Climate changes would result in rising global temperature and sea level, melting glacier and more frequently and commonly happened natural disasters such as droughts, floods and locust plagues. All these affect our harvests and lead to food shortage, thus triggering more wars between governments and armed groups as they fight for the remaining resources. Consequently, the safety and livelihoods of people living in different regions are at stake. 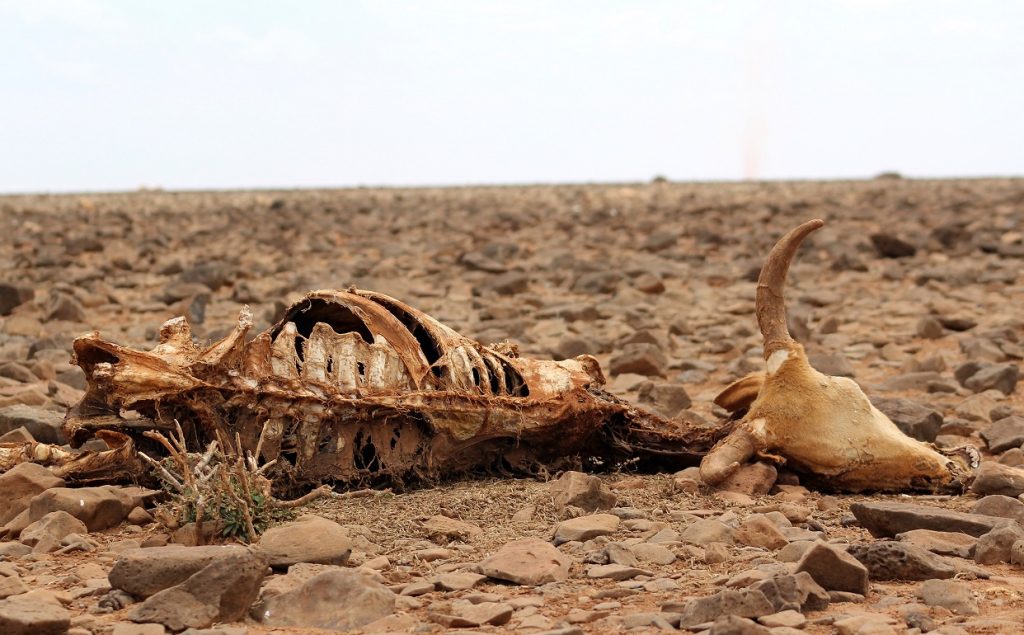 Globalisation has centralised food production in a number of countries. If one process is interrupted by climate change, no country in the world can avoid the consequences.

Female at the Frontline of Climate Crisis

Without immediate and effective actions, we are at the brink of a food crisis and serious humanitarian disaster. The United Nations estimates that some countries are at risk of famine at the end of 2021 and the female population will be the hardest hit.

Traditional thoughts value male more than female, in which female often bears the responsibility to prepare food for the family and take care of all family members while they are the last one to eat at the table. When food is inadequate, they will have their stomach empty and therefore over 60% of the victims of food shortages is female. On the other hand, to get more food, many families ask their daughters to drop out of school so that they can work or get married in return for money to support the family. These girls will lose their future forever. 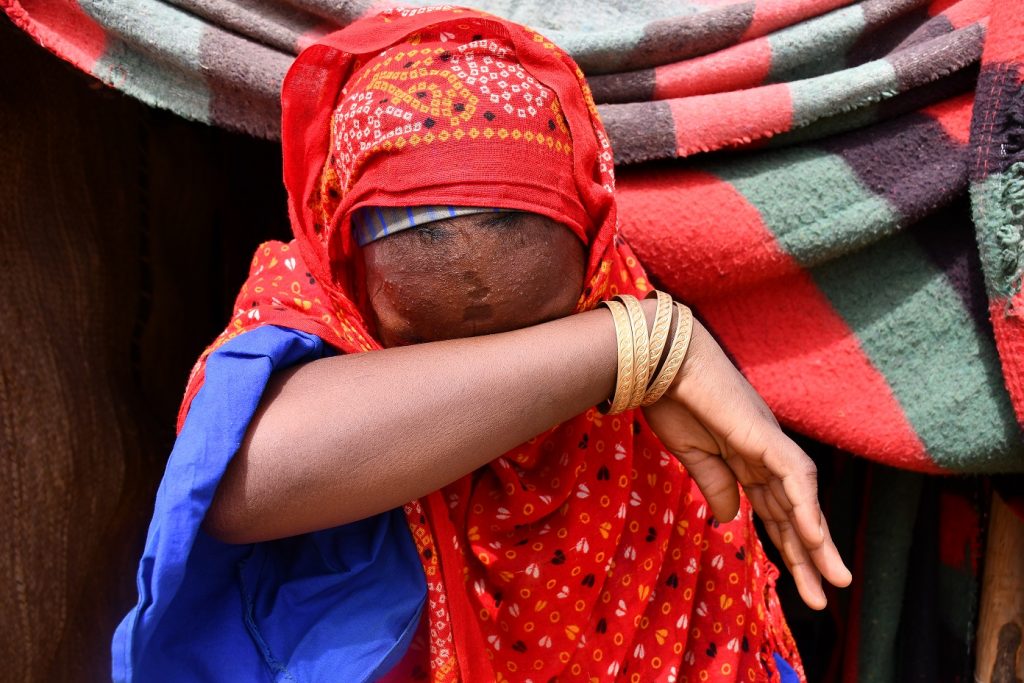 14-year-old Titi from Nigeria wanted to start a new life in Niger; instead, she was forced to marry an abusive and violent man there.

Girls’ Dreams Are Fading out as Situation Gets Worse

19-year-old Rihanata and her family escaped from their war-torn hometown two years ago when people there fought over the limited resources. They have found refuge in Kaya, a larger city in Burkina Faso which is one of the four countries at the edge of famine in 2021 according to the United Nations. The others include Nigeria, South Sudan and Yemen.

Shortly after they arrived at Kaya, Rihanata’s father registered for food aid under the World Food Programme for all family members; however, only five out of ten applications were accepted. Rihanata and her family have to fill their stomach with a mixture of corn powder and water. Sometimes, they can only eat once or twice a day. Rihanata also dropped out of school to reduce the cost of living so that her family can afford clean water and food. Her biggest dream is to return to school and become a teacher in the future but she believes it is impossible given the circumstances.

The World Food Programme did not intend to distribute insufficient food to torture the families. Researches told us that under constant climate issues, the global food crisis will be worsened by at least 20% before 2050 while we are 42% short of our target donations to humanitarian assistance. Our current solution could barely solve the problem. 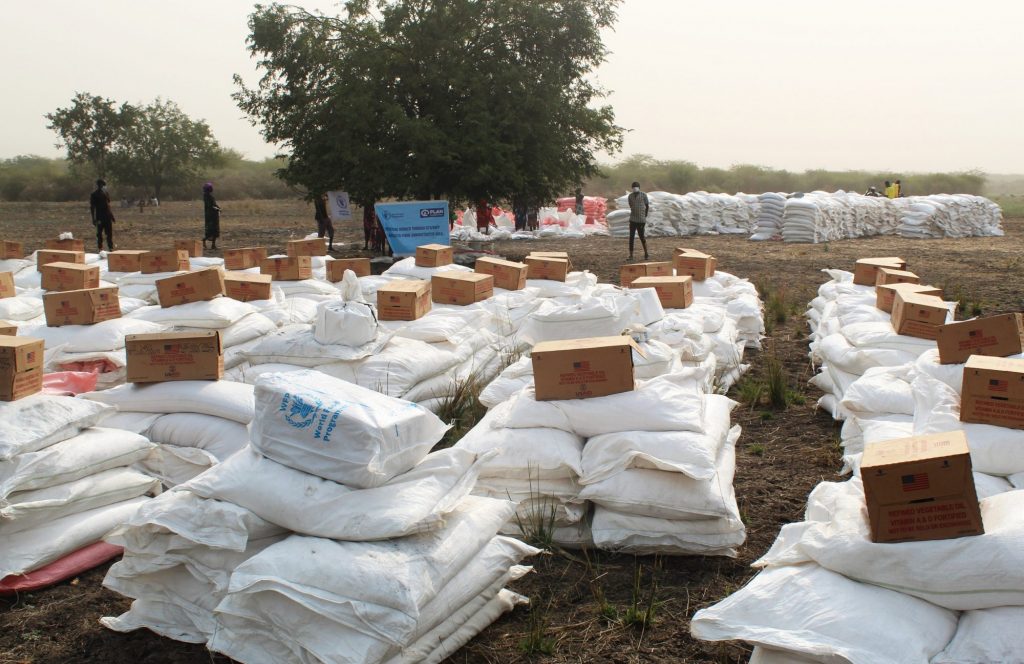 Relying on emergency assistances is not sustainable if the climate problem is not being solved. We have to review and revise our existing international agreements on climate change.

Which one is the cause?

Millions of girls are out of school just like Rihanata. At the moment, 100 million girls in the world cannot receive education and the number is increasing as the pandemic rages.

Considering that female takes over half of our population, they should be able to play a more important role in climate issues. For example, if every female takes one more step to protect the environment in their daily lives, maybe we can gather their power and make great changes. It can also be the key to alter the situation. Paul Hawken, an environmental economist, has stated in his book ‘Drawdown’ that by giving female gender and reproductive education and letting them learn about birth control and their rights, it can help 217 million female in family planning and reduce 85 gigatonnes of carbon emissions.

From another point of view, have we ever considered that one of these girls can be the future leader in environmental policies and save our planet from disasters? Even if they are lucky enough to stay in school, the traditional stereotypes discourage girls from studying subjects like sciences, engineering, mathematics, economics or politics. These views limit girls’ development and they can hardly reach their full potential in pushing forward environmental-friendly policies or a green economy. Take the field of renewable energy as an example, only 20 to 25% of the field consists of female. At the level of national governance, only 35% of the decision-making figures were female when the Paris Agreement was made. Researchers at the Curtin University in Australia have told us by engaging female in political participation, we can better protect the earth, including the creation of more protected land areas, the ratification of environmental treaties, stricter climate change policies and smaller climate footprints.

To girls themselves, natural disasters have put them into a vicious circle of losing the chance to be educated. With no education, they have nowhere to learn about climate adaptation and will struggle to react when disasters happen. They will also stay in hunger when they cannot receive free meals from school food assistance programmes. 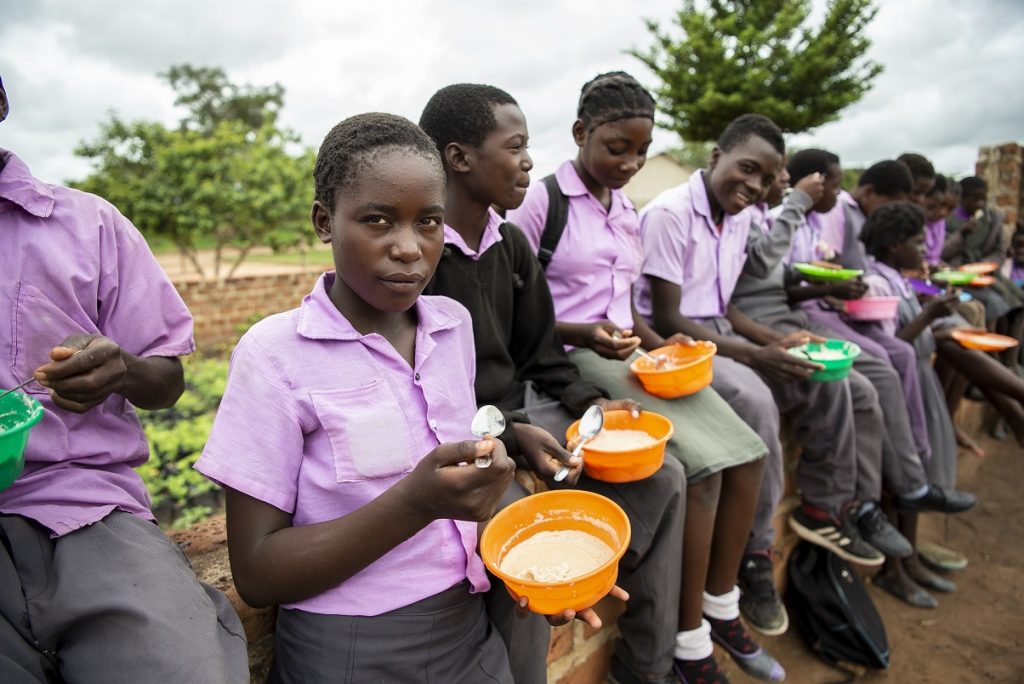 A lot of girls in developing countries take their one and only meal at school every day. Going to school thus means a lot to them.

Human beings are stepping into an intensifying climate crisis where girls cannot receive education and contribute their talents to society and find a resolution. Everything is being connected. How can we break the vicious circle?

Holding the Key to Future

COVID-19 is now barring more girls away from schools. We have no time to waste in search of a solution. By reviewing our past decisions and policies, we can stop the cycle starting from the provision of education to girls.

Plan International advocates for gender equality and female-focused climate adaption and education policies to give girls an opportunity to learn about science, teach them about sustainable development and environment protection, encourage girls to take part in climate discussion and decision-making, as well as to ensure their right to education in emergency.

Livelihood is another area that Plan International concerns much. Through cash grants, food aids, hygiene kits and sustainable livelihood programmes, we lighten the financial burden on the girls’ families and prevent girls from dropping out.

In the aspect of advocacy and influencing, we spend time and resources on researches and discussions and interfere with the community’s or the government’s decisions. We ask the authorities to take girls’ benefits into consideration, treat them with equality and never turn a blind eye to girls’ needs.

No one knows how this vicious circle begins; however, we now know the solution to stop it. Will you share with the others to make a change? 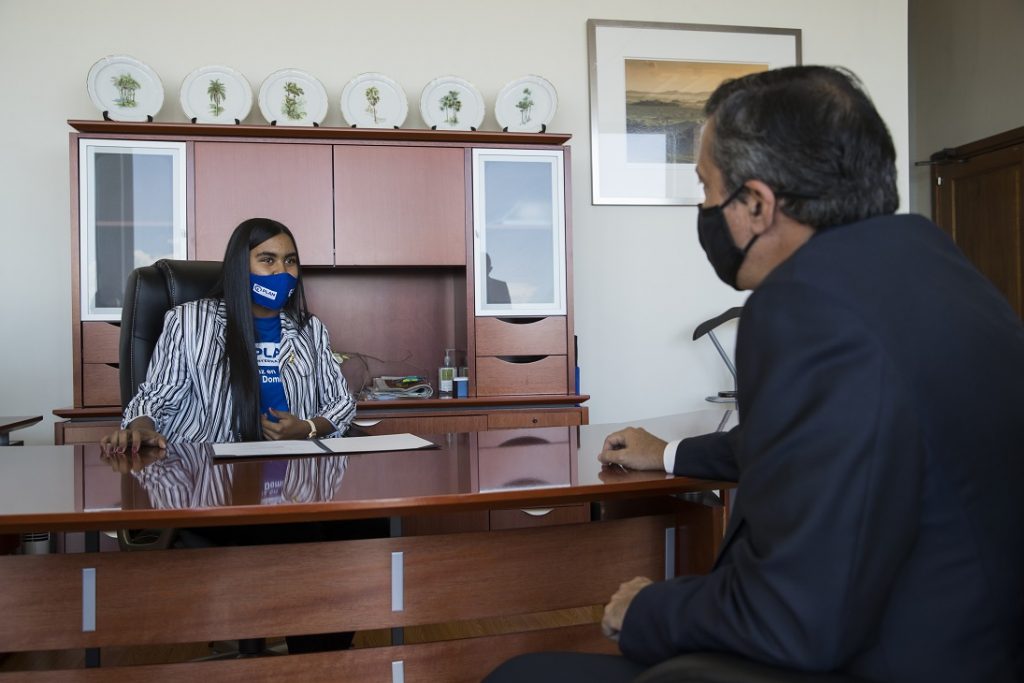 Don’t look down on the strengths of girls. 16-year-old Edith from the Dominican Republic took over the role of the Minister of Environment and discussed on reforestation and girls-inclusive policies with other government officials.