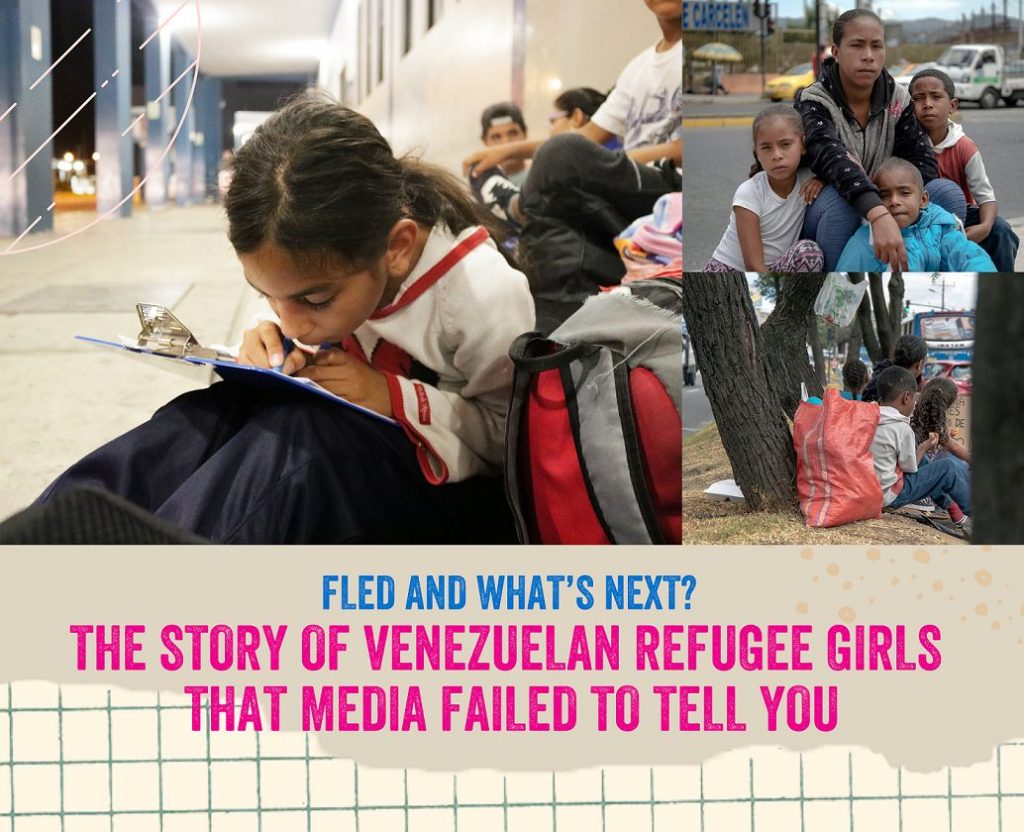 “Venezuelans Flee Violence”, “What’s Going on in Venezuela?”, “Venezuelan Exodus Reaches Record Level”… Newspaper headlines wrote. The refugee crisis of Venezuela shouldn’t sound strange to us, yet, most media only focus on how the Venezuelans flee their homes and got rejected by their neighbouring countries. Do you know how their lives are upon arrival? Are their safety and livelihood issues completely solved?

The socio-political crisis in Venezuela began in February 2014 when crowds called for protests and asked Nicolás Maduro, the president of Venezuela, to step down. The military reacted by a series of armed suppressions which later developed into a huge divide between the two sides. Each side both claimed that they have the presidency and the helm of the country. The country then descended into chaos with a significant economic downfall and a rapid increase in unemployment rate. Shortages of food, medicines and daily necessities have greatly affected people’s lives. Some communities are even cut off from water and electricity supply. 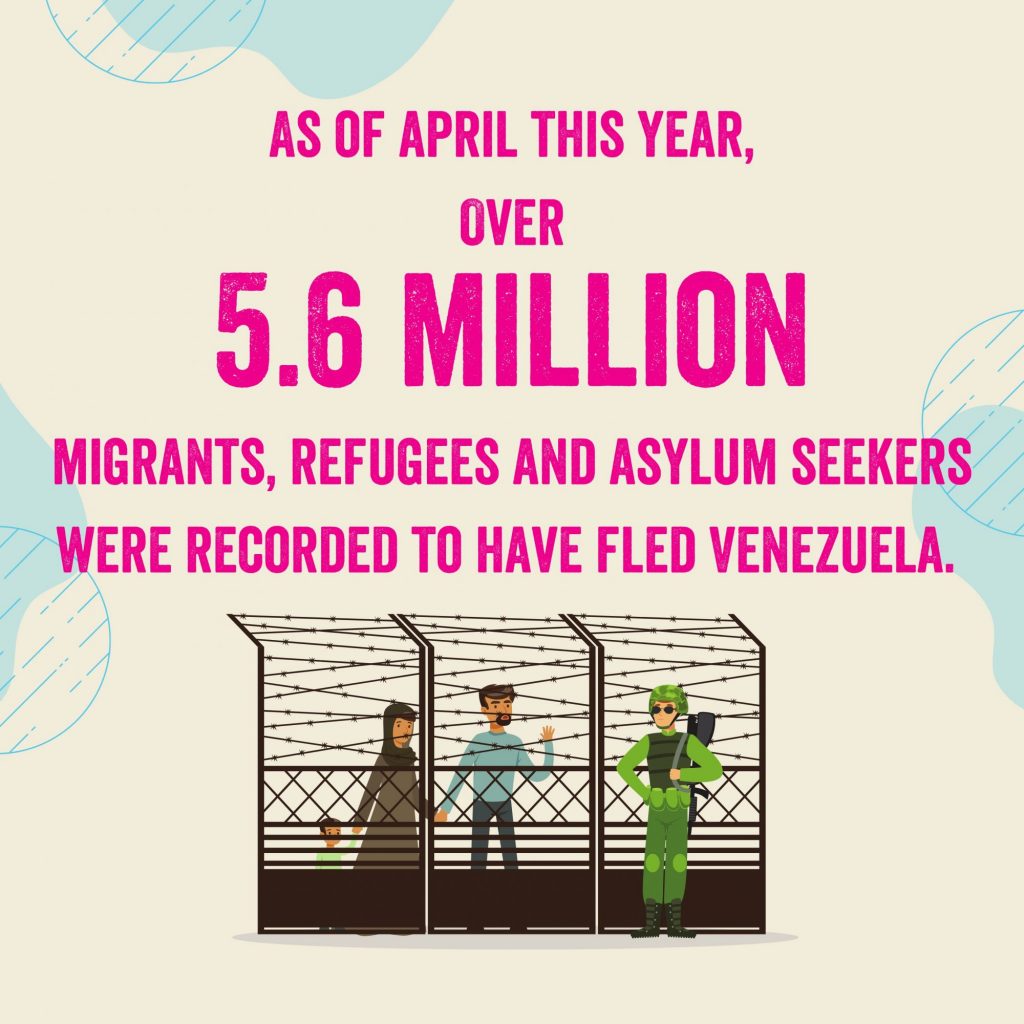 Refugee Girls Are Going Out on a Limb

Women risk their lives to take their children to an unfamiliar world. Without their husbands’ companion and sharing of the burden, those women, who have never received any education, always struggle to protect themselves and their families. They are welcomed by numerous challenges including gender-based violence, human-trafficking, poor hygiene and malnutrition. Coupled with the impacts of COVID-19, lives become unbearable for them. 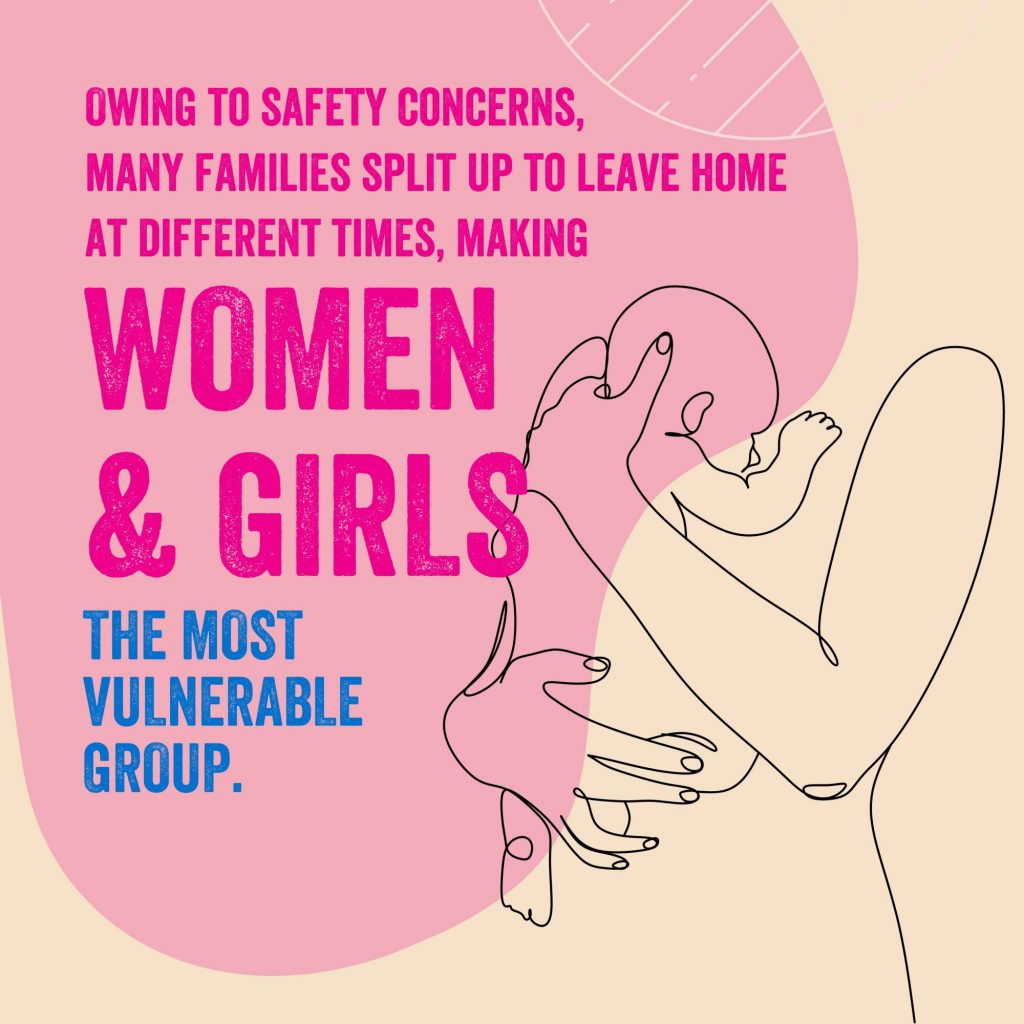 Earlier this year, Plan International investigated the challenges Venezuelan refugee girls are facing by conducting a survey or in-depth interviews with around 600 girls aged 10 to 19, who are now staying in Colombia, Ecuador and Peru, as well as about 50 caretakers. 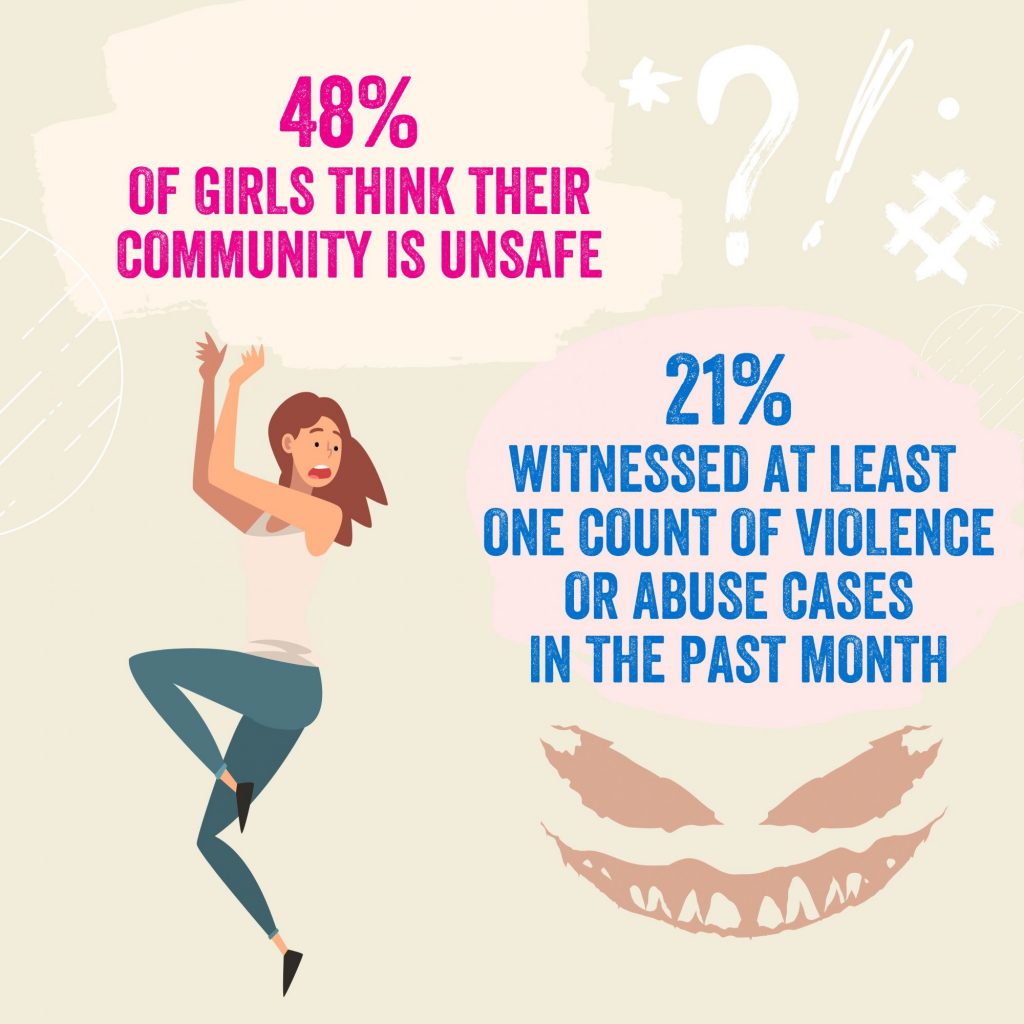 “A man with a sexual offence record in the neighbourhood treated me as a sex worker and offered my mother money to spend a day with me. He gave up until my mum said she was going to turn him to the police,” a 16-year-old girl living in Peru said. She was lucky to have a brave mother to step up for her; indeed, not many girls are ‘fortunate’ enough.

Another 16-year-old, who fled to Ecuador, shared “My mum and I worked as janitors in the public washroom of our apartment building to help with our finances. Once, two men came in when I was cleaning and started looking at me from head to toe. One disrespectfully said that I am ‘the daughter of the clean-it-all’ while the other talked about his fantasy on me and asked his buddy whether they should do something to me. I stood there in complete silence like I was in paralysis because I was afraid they would take action.”

She is not the only one who doesn’t dare to speak up. Research by United Nations Human Rights Council found the exposed gender-based violence cases that happened in the community of the refugees are just the tip of the iceberg. Many more girls chose to keep their mouths shut because of their culture as they may be seen as “impure” or the “shame of the entire family”. And some suffered quietly because of their inability to speak the local language and the potential impacts s on their resident applications. In some cases, they are terrified because the perpetrator is a local person or the staff in the refugee camp. Being able to get away from the crime committed makes the situation even worse. 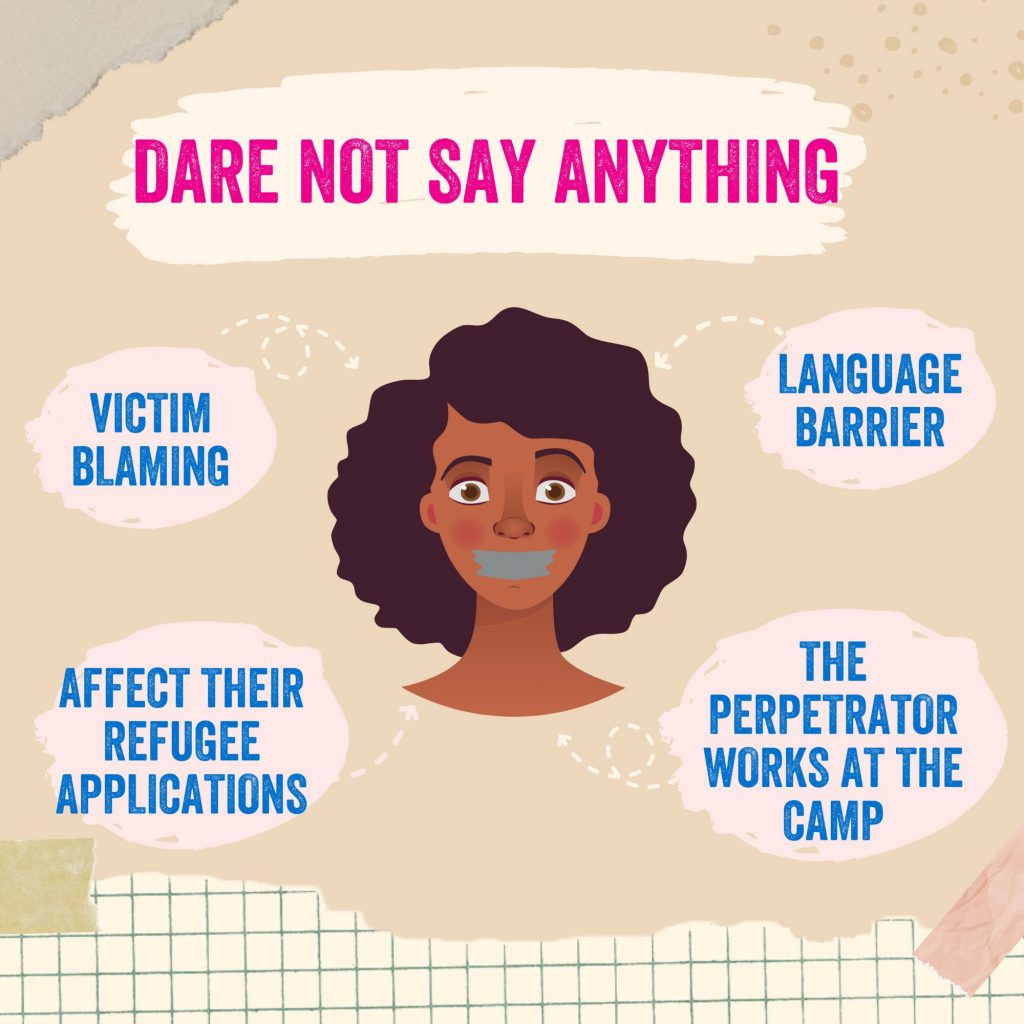 Your Identity, Your Fate

Plan International’s research states that 28% of girls were not registered or enrolled in any school, in which lacking classroom spaces for the refugee is the major reason for 28% of them. 20% do not have proper identification documents to enrol themselves. Even if they can get into the school, they have to face severe discrimination.

A 15-year-old from Colombia said “they called me ‘Veneca’ (a noun which refers to Venezuelans negatively).

The identity as a refugee not only pulls them away from the education system but also healthcare services. The report found that around 40% of girls do not have access to healthcare services and 72% found their health conditions worsen last year. Most of the diseases they caught are respiratory or gastrointestinal that are highly preventable and easy to treat. If they are not undocumented or excluded from social healthcare, their health would not be at high risk.

Similarly, the girls suffer in other aspects as they cannot seek help anywhere. For example, they cannot resist child marriage and attend school to learn about gender and reproductive health due to their identity. As a result, one in every 10 Venezuelan refugee girls got pregnant before adulthood, marking the average pregnancy age at 16.4 years old. Another 44% of girls have to go to bed with an empty stomach because of poverty and the absence of social support and security. One girl even recalled having begged on the street for five days with no food. Apart from begging, the problem of child labour is also worrying. Girls have no choice but to involve in informal street vending, home deliveries, illegal activities and forced labour in return for money to feed themselves. Even if there is an accident, nobody will offer help to stay out of trouble and avoid deportation. All in all, being a refugee threatens girls’ health and dignity in their childhood and adolescent and development stages.

The pandemic has put girls in a much more difficult spot. On one hand, the limited living space makes social distancing almost impossible and sharing sanitary facilities increases the probability of infection. On the other hand, girls who enrolled in schools cannot continue their studies as digital devices for online classes are unaffordable, making it hard for them to alter their lives with education.

To tackle the situation, Plan International grabs every opportunity to voice out for girls at the community and national levels. We ask the community leaders to consider the needs of refugee and migrant girls when making and implementing laws, policies, programmes and plans. We are working towards the goal to protect girls’ rights at all levels and aspects, support refugee and migrant families to rebuild their lives and gain acceptance and recognition from the public. 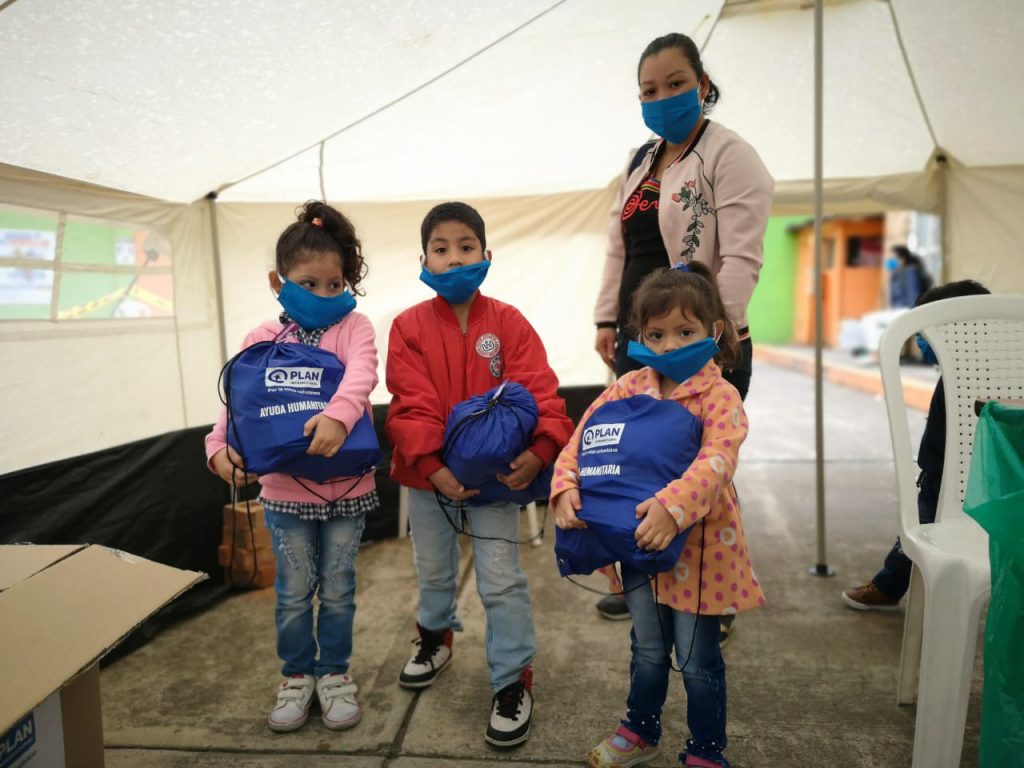 Plan International provides materialistic assistance to the refugee families to help them weather the storm, including the distribution of anti-pandemic hygiene kits.

Plan International focuses on girls’ education as we believe we can change the culture in society in the long term and girls can enjoy a fairer and safer environment through education.

Now, we have heard about the stories of refugee girls. Will you stand by them and send them help?