Bangladesh continues to have one of the highest child marriage rates worldwide, despite laws that ban early marriages.

With more than 50 per cent of all girls in the country being married off before the age of 18, Plan International and the government of Bangladesh have launched a mobile application to tackle the harmful practice.

The app has been created for use by the matchmakers, marriage registrars and solemnisers who conduct marriages across the country to establish the true age of a bride or groom. There is an offline version of the app, which means that even the hard-to-reach rural areas will be able to use the technology. The newly invented app verifies the bride and groom’s ages, thereby reducing the chance that they would get married young.

Created by a government official in the remote district of Kurigram and developed to scale by Plan International, the app stopped over 3,700 underage marriages in 5 districts during its six month pilot period alone.

Shamsur Alam, aged 49, has been an imam for the last 23 years and has participated in over 100 marriage ceremonies. He is also a father of four girls and one boy. “I got married when I was 24 and my wife was 16 years old. Back then we had no idea about the negative effects of child marriage. My parents asked me to marry my wife so I just followed their instructions.”

Plan International provides trainings to matchmakers, marriage registrars and solemnisers like Shamsur. They learnt how to use the app and the harmful effects of child marriage. “Before, I would sympathise with a father about his economic condition, and would say yes to getting his daughter married at an early age for that reason. But after attending the training, I realised that child marriage can cause health problems to young brides. Getting pregnant at an early age can be hazardous for the health of the mother.”

Shamsur has stopped two child marriages since the training. “Before the app became available, couples could get married with their birth certificate as proof of age. But now we tell their guardians they need to bring either their national ID card or school certificate so we can verify their age through the application.” 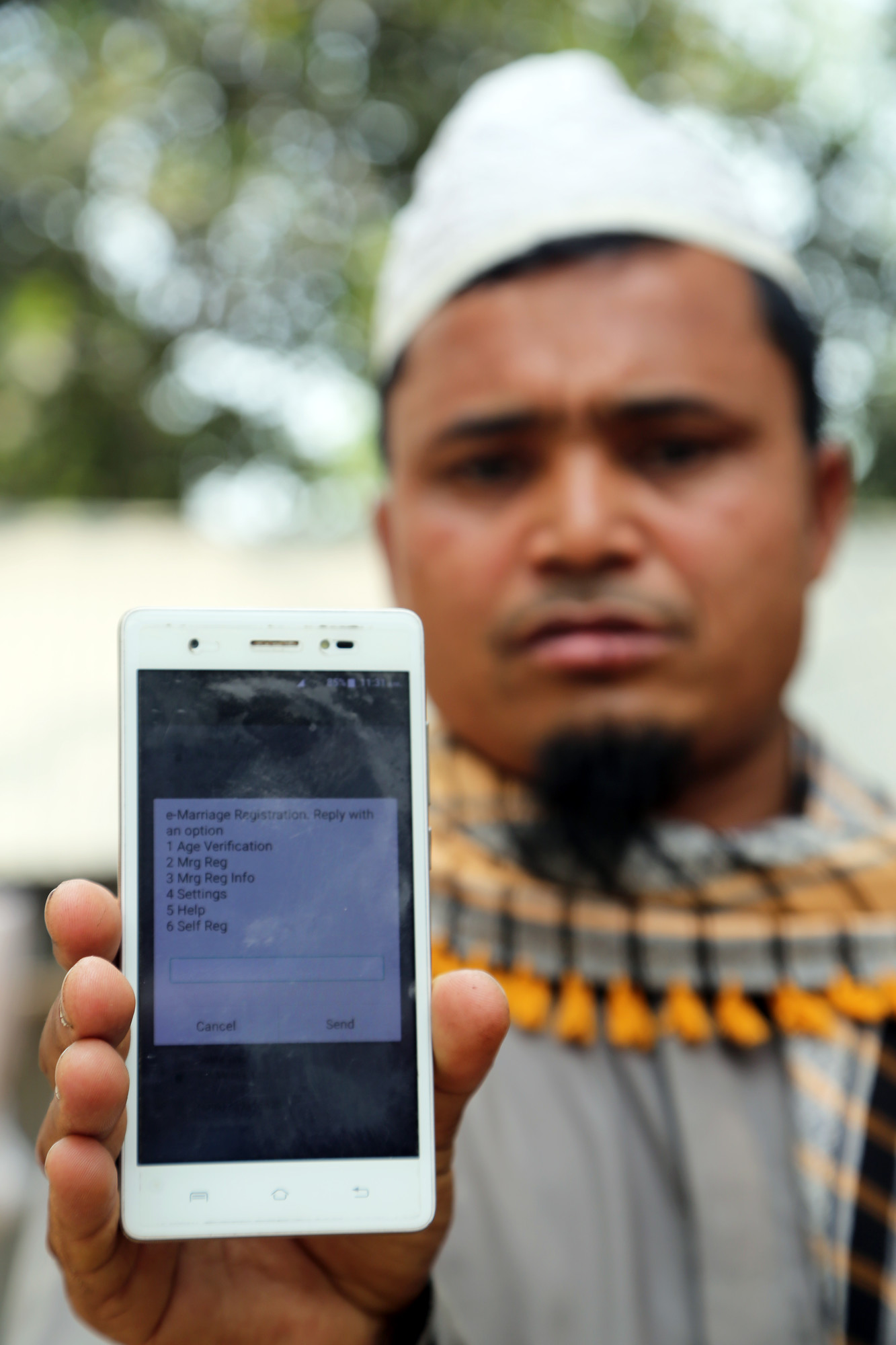 Shamsur has formed a committee with 42 imams in the community and they talk to people about the negative effects of child marriage. He also tries to include these kinds of talks during prayer times at the mosque. “Young girls will be able to go to school and fulfil their potential instead of falling victim to child marriage.”