To celebrate the International Day of the Girl Child on 11 October, Plan International has organised more than 5,200 Girls Takeover campaigns globally since 2016. By occupying spaces where young girls are rarely seen or heard, they demand actions and solutions to ensure all girls can learn, lead, decide and thrive. In Hong Kong, the 3rd Girls Takeover was held successfully with the collaboration of the Consulate General of Finland in Hong Kong and Macao and the Finnish Chamber of Commerce. The opportunity allowed participants to take over two of the senior management roles of the day and to advocate for gender equality issues in the workplace.

In Hong Kong, we still have a long way to go to achieve gender equality. Women still lag behind men in terms of their economic participation and employment earnings, as well as their representation in top executive and professional roles. Unfortunately, female employees are still facing gender and pregnancy discrimination in the workplace.

This year, the theme of the Girls Takeover is “Equal Power,” aiming to change the perceptions around what is possible for girls and young women as decision-makers, leaders, and change-makers. Finland has a long history of endorsing and mainstreaming gender equality, and it has achieved a gender parity ranking of 2nd worldwide, according to the World Economic Forum’s global assessment. Plan International Hong Kong is pleased to collaborate with the Consulate General of Finland in Hong Kong and Macao and the Finnish Chamber in Hong Kong this year. Thus, we have given young girls the valuable opportunity to work with the senior management and exchange views about the implementation of gender equality in Hong Kong and Finland. 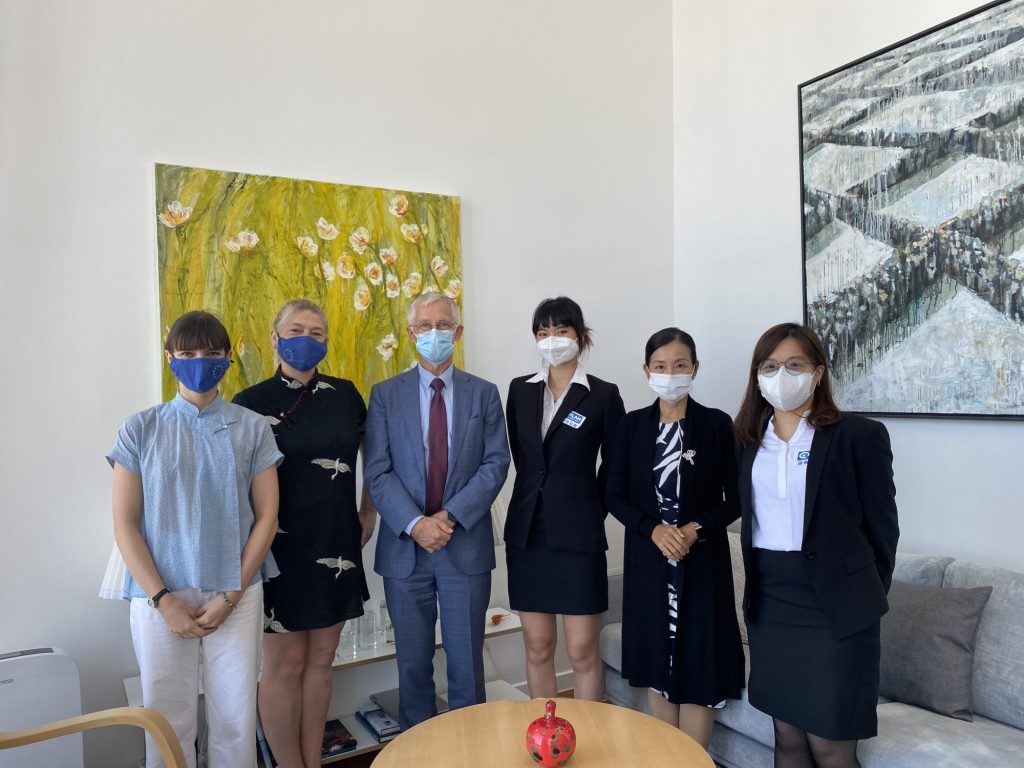 Timo Kantola, the Consul General of Finland in Hong Kong and Macao invited Dr. Kanie Siu, Chief Executive Officer, Plan International Hong Kong, Gigi and Cynthia to join the lunch meeting. They met with Laurence VANDEWALLE, the Counsellor/Deputy Head of Officer and Head of Political, Press, and Information Section, and Anne Bülow FUGLSANG, the trainee of the department from the European Union Office to Hong Kong and Macao, to exchange views on promoting gender equality in Hong Kong.

Gigi, a year 3 student majoring in Global Communication at The Chinese University of Hong Kong, was selected to take over the position of Mr. Timo Kantola, the à Consul General of Finland in Hong Kong. On the day of the event, she met with the staff from the Consulate General and the European Union Office to Hong Kong and Macao, and advocated that the institutions should enhance the awareness of gender equality in the workplace and society in Hong Kong through education and publicity. 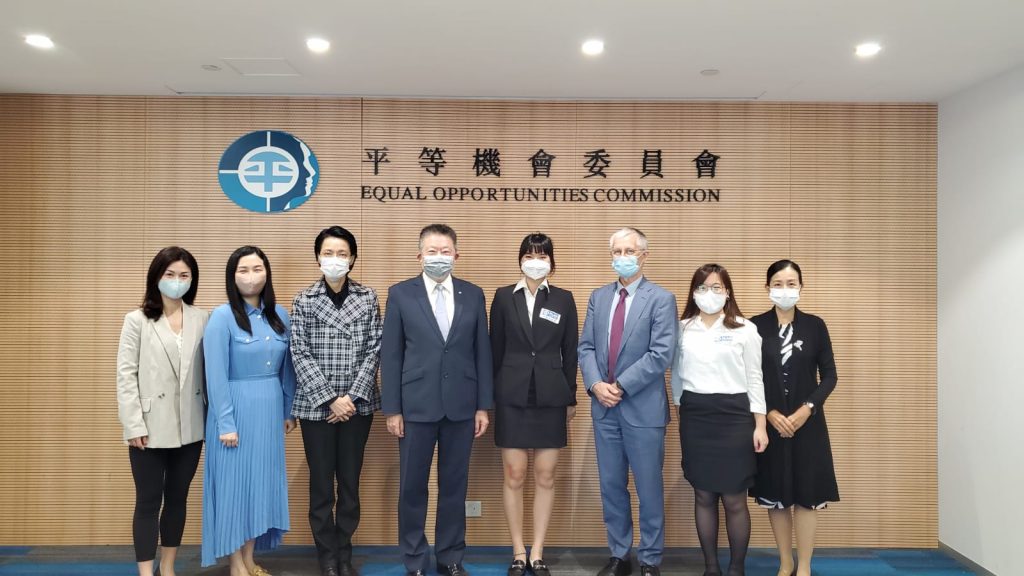 The Consul-General of the Consulate General of Finland in Hong Kong and Macao, Mr. Timo Kantola, the Chairperson of Equal Opportunities Commission, Mr. Ricky Chu, I.D.S. and his colleagues, Chief Executive Officer of Plan International Hong Kong Dr. Kanie Siu, participants Gigi and Cynthia took a picture together after the meeting.

“Gigi’s presentation was fantastic; she showed her deep understanding and gave us insightful suggestions on gender issues. As equality is a core value in Finland, we will gladly take some of her ideas into consideration in the future, hoping to promote our culture and to advance gender equality in Hong Kong.” Mr. Timo Kantola, à Consul General said.

Cynthia, a final year student majoring in English Language and Literature at Hong Kong Shue Yan University, was selected to be the participant to work with Mr. Otto Tunturi, Executive Director at the Finnish Chamber of Commerce in Hong Kong. On the day of the event, she met with the board to advise them to include a menstruation-friendly policy in their strategic plan. She also met with corporate members from several business sectors, such as Kone and ISS, to advocate the implementation of menstruation-friendly policies. 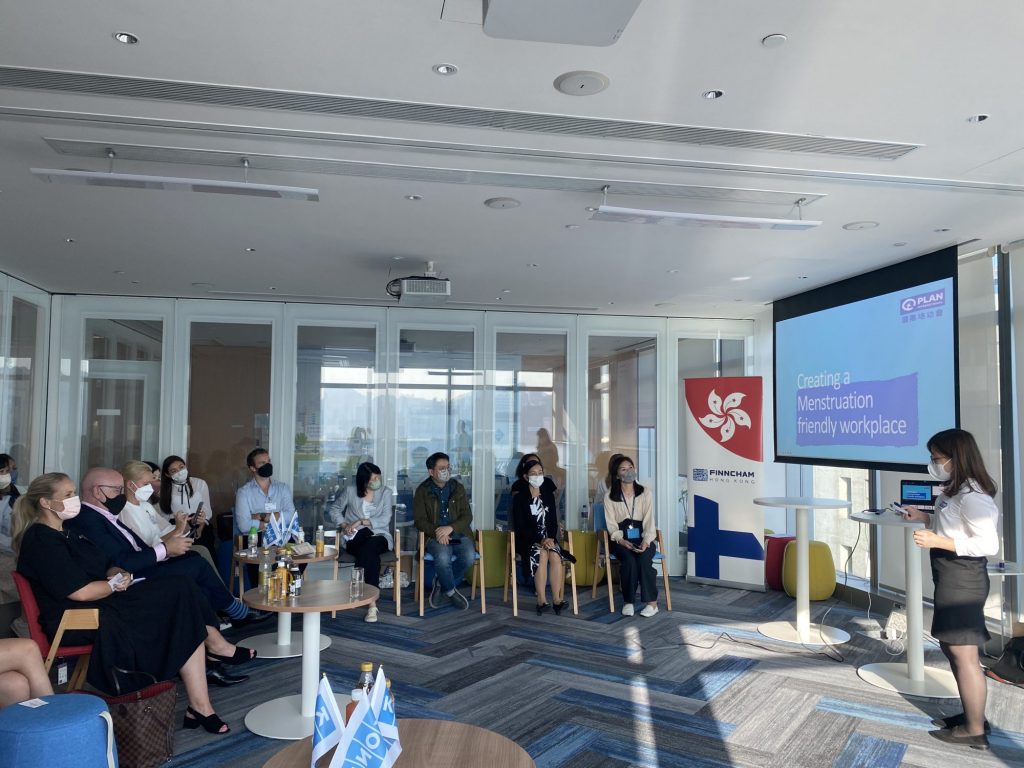 Cynthia met with corporate members from several business sectors, such as Kone and ISS, to advocate the implementation of menstruation-friendly policies.

“Cynthia’s presentation was impressive and persuasive; I think we should definitely consider encouraging our chamber members to take the step to create a menstruation-friendly workplace.” Mr. Otto Tunturi, Executive Director at the Finnish Chamber of Commerce in Hong Kong said. 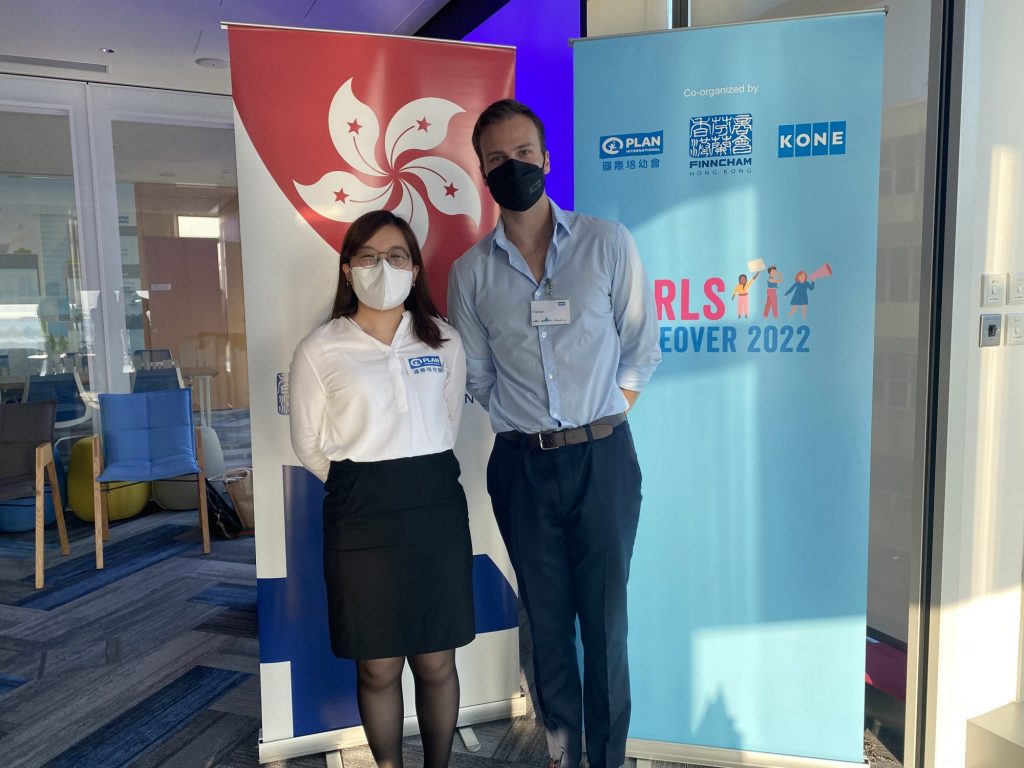 Cynthia took over the role of Mr. Otto Tunturi, Executive Director at the Finnish Chamber of Commerce in Hong Kong, he is impressed by Cynthia’s passion on gender equality issues.

The attendees from the event appreciated Gigi’s and Cythia’s contributions and said that they would take some of their ideas into account when deciding on their policies in the future. When Dr Kanie Siu, Chief Executive Officer of Plan International Hong Kong, observed the performance of the girls during the event, she was impressed with their vision. “Gigi and Cynthia’s excellent performances demonstrated that girls if providing with equal opportunities, they are equally capable of making decisions when assuming senior management roles as male.” “Thanks to the Consulate General of Finland in Hong Kong and Macao and the Finnish Chamber in Hong Kong, giving young girls like Cynthia and Gigi a precious opportunity to speak for female employees in Hong Kong and to advocate gender equality in the workplace, what our young girls do will be much more impactful.”