In the biopic film Hichki, Naina, an Indian girl with Tourette syndrome, attained her goal to be a teacher despite her non-stop tics, hiccups, and the disapprovals from the people around her. In a nearby country, Cambodia, there is also a girl who was born with only one arm and dreams to be a teacher. Her perseverance and faith in bringing more children out of poverty have got her through the limitations of her body and resources. 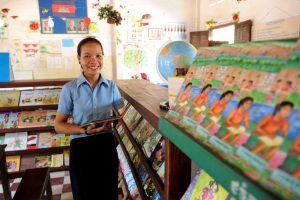 Born without limbs, Nick Vujicic mentioned in his autobiography Life without Limits that he went through a tough time being severely discriminated and bullied. 27 year-old Tort, single-armed, shared similar experiences with Nick. Yet, her optimism and positivity brought her beyond physical limitations creating a full life with one hand. Growing up in a small village in Siem Reap, Cambodia, Tort soon found herself different from her other seven brothers and sisters. Kheny, Tort’s mother, believes that the missing limb should be the result of taking too many painkillers to cure her headaches during pregnancy and lacking pregnancy check-ups as the hospital was too far away.

As a loving mother, Kheny felt guilty for Tort and worried about her future ahead. For years, Kheny concerned about how others look at her daughter. When people said Tort’s suffering is a curse, Kheny was always the first person to bravely defend her daughter by saying ‘It’s not her fault.’ Kheny’s attitude has become Tort’s shield during her childhood. No matter what she encounters, it all vanishes when the new day comes and she continues to write her life story with her one hand. 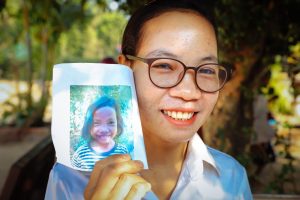 Letters from far away motivate Tort to never give up on studying.

Letters from Sponsors Encourage Tort to face off Discrimination

With the support from Kheny, Tort became a sponsored child in 2005. Her life was never the same again with the love and warmth she received from her foster parents in Germany. In the first letter she got from her foster parents, it is written ‘we are glad to have a child in Cambodia’ which encouraged Tort to stay strong. Because of her difference, she was discriminated against and bullied in schools. She once considered never going to school again. However, the regular letters and encouragement motivated her to overcome any obstacles even though she was heavily criticised and questioned. Tort was persistent in chasing her dream to be a teacher.

Sponsor a Child Sponsor a Girl

Plan International sets up a Children’s Club aiming to build a safe and happy environment for Tort as she grew up. In the club, Tort and her friends learnt about self-protection, respecting others and children’s rights, which helped a lot in eliminating discrimination in her community.

Plan International built schools and provided scholarships for children in need like Tort, hoping to transform their lives as they receive education. Health centres and water facilities were also constructed in her community and the living standards of children and their families were improved. 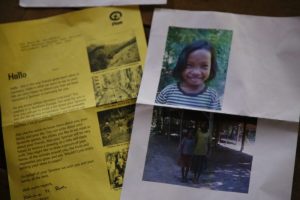 Tort started receiving sponsorship in 2005 and she treasured the letters she got from her foster parents.

Kheny and her husband have devoted all their time to farming and they were not educated. Still, they insisted on getting all children to school, including Tort. Tort’s passion for studying has touched her mother deeply. ‘Even if I asked her to pasture the cows, she brought along her books and she is the only child who did not drop out,’ Kheny said. 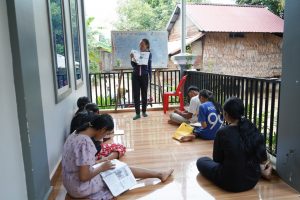 Tort volunteered herself in teaching English for children in need as she believes that knowledge can transform one’s life.

‘We cannot change the past but we can change the future!’ has been Tort’s motto. She is working hard to change her and many other Cambodian children’s futures. She will be graduating in 2023 and she wants to be a high school English teacher. To pave her way, she is now teaching Khmer language in a primary school, reading stories to children in the school library, encouraging students to read more and volunteering herself in English teaching at a local NGO helping poor students like her. She is fighting against her ‘fate’ with her single arm.

Travelled Abroad to Achieve her Dream

In 2019, Tort was able to accomplish one of her dreams by travelling far to Finland. She participated in Plan International ‘Girls Takeover’ campaign and used her favourite language, English, to give a presentation to the Government of Finland to share her thoughts about the impacts of climate change on families in developing countries. Although taking flight seems impossible, her perseverance and enthusiasm supported her through every challenge.

Tort’s disability was once considered as a curse. Look how tough she is, how much she has achieved and contributed to her family and community. She carried her smile facing each obstacle in life. With one hand, she still managed to create her own successful life path. 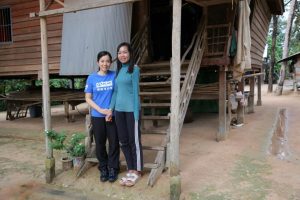 Your Donation Supports and Nurtures Girls to grow up Happily

COVID-19 has been affecting many poor families in developing countries like Cambodia. Due to gender inequality, girls are always the most vulnerable. Once they drop out, fall into child marriage, and involve in sexual work, their future would be ruined. During the pandemic, many schools rely on online teaching but not many students could afford expensive IT equipment, and they are forced to give up their studies. Tort hopes that other children can receive education and stay out of poverty with the help of Plan International just like her.

With the continuous support from sponsors, Tort is able to make her dreams come true. We sincerely invite you to be the shield of girls in need, helping them and their families lift out of poverty.