The pandemic wrecked global economy in 2020, putting all industries and businesses into dire straits. The economic impacts will last for years and even affect the life of the entire generation. Everyone is feverishly searching for a way out.

In fact, the solution has always been there but we, and our national figures, have been ignoring it. Here, we have a secret strategy that can boost the economy by 10% and hopefully reverse the tide.

Should we invest in infrastructure? Or should we do scientific research? No, we are going to invest in girls! 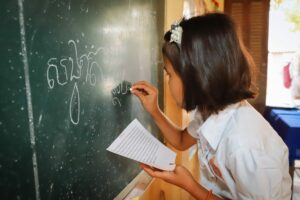 Globally, more than 130 million girls are out of school at the moment due to wars, poverty, natural disasters and problems caused by gender inequality, such as child marriage and child labour. 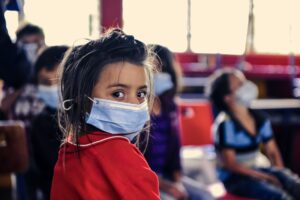 The UNESCO estimates that over 14 million girls will not return to classrooms after COVID-19 and it will widen the existing education gap between boys and girls.

Girls being educated have higher literacy rate and levels in language, mathematics and vocational skills that will make them more competitive when they enter society. At the same time, as schools provide sex education and general studies, more teenage pregnancies and child marriages cases can be avoided, it also helps reduce the risk of death and having serious complications on physically immature girls who got pregnant and thus indirectly lighten the financial burden on public health.

Past researches show that child marriage is the major reason behind intergenerational poverty. Girls are often too young and lack the knowledge to raise a child on their own. If parents are illiterate and not able to provide children with quality education, their children tend to be illiterate as well and that creates a vicious cycle of intergenerational poverty. Therefore, providing education to girls will be the key to alter poverty in society and lower government expenditure on social assistance.

A research released in October by Plan International and the Citi Group has pointed out that investing in girls’ education is only the first step.  To bring long-term and sustainable changes, we have to interfere from different perspectives throughout the development of girls.

It is not enough for us to provide education if we want to raise female’s social status as they will eventually graduate from school and step into the society that is unequal to them and gives them limited opportunities. An outrageous incident happened in Afghanistan in October shocked us. Khatera, a 33-year-old woman who recently accomplished her childhood dream to be a police officer, was attacked with a gun and stabbed in her eyes when she was going home from work. Even though Khatera survived the attack, she had lost her sight forever therefore she could no longer work as a police officer. More horrifying was that the main suspect was her father, who had been opposing female employment, especially for jobs like police officer which are traditionally ‘made for men’. It was shown that Khatera’s father provided her daughter’s personal and working information to the Taliban, a terrorist group that upheld extreme religious belief. This incident is just a tip of the iceberg, how can girls confidently pursue their goals in this unfavourable situation?

In light of it, different stakeholders, including governments, corporates, NGOs and the general public, have to utilise the strengths of each sector to create a systemic and long-lasting change, improve laws, policies and norms by multi-component interventions. At work level, we can give equal opportunities and wages despite their gender; at family level, we need to support female employment and provide reliable child care services; at policy level, we should push forward labour laws that secure female’s rights; and last but not least, we have to promote gender equality and change our norms in society. In this case, female will have a better chance to utilise their knowledge gained from school and contribute to the community.

Investment Returns on a National Level

Consumption determines market value, which is the indicator of Gross Domestic Profit (GDP). Plan International and Citi Group’s research states that when a female becomes financially independent, she will use 90% of her income for family spending on average that is a lot more than male who spends the average of 30 to 40%. These consumption habits can bring positive impacts on GDP growth. The research suggests that by every US$1 we spend on girls’ rights and education, there is a return of US$2.8. All together we are creating billions more US dollars of GDP.

This report raises several theories and estimation at the same time. One of them points out if the gender gap in the labour market is eliminated, by 2025, global GDP will rise by 26%, equivalent to 28 trillion US dollar. Another part of the report compares the Human Development Index (HDI, an index that reflects the education level of people in a region) in the past 20 years with spending per capita of female in that area from 2000 to 2018, they found out that countries where gender equality is promoted and HDI has improved, tend to have a notable improvement in their spending per capital for women and they are more likely to be lifted out of poverty.

The report simulated the development prospect of eight developing countries, including Ghana, Uganda, Mali, India, Laos, El Salvador, Bolivia and Egypt. It shows that if these countries can achieve 100% senior secondary school completion rate by 2030, they will have an average of 10% GDP growth. Uganda will have the greatest growth rate of 20% and the least, Bolivia, will still have 4% growth. The results are encouraging!

From Girls Education to Global Impacts

Speaking of returns, you may ask: How will investment in girls benefit me?

If we put our resources into the two investments mentioned above, the ripple effect is beyond your imagination!

Girls have been missing out from decision-making in our society. Even in the more developed region, like the EU, only 31% of parliament members are female. With the voice representing half of the population being neglected, their rights are not being protected and their needs are not reflected in our policies. As a result, it lowers the effectiveness when we carry out our work and leads to resources mismatch. On the other hand, it is shown that female involving in politics can help maintain regional peace and lower the chances of war, particularly in conflict zones that have scarce resources.

Empowering female financially is beneficial for the world! It provides funding for the installation of water and sanitation facilities in poor communities that help in diseases prevention. And the funding used in technology advancement can optimise the use of resources in our daily lives, tackle climate change and attain sustainable development!

Alter Girls’ Lives with the Cost of a Bar of Chocolate

Speaking of investment, the cost is as important as the return. Does it cost a lot to support this seemingly huge investment project?

No! The report estimates the cost to be US$1.53 per girl per day, accounting for the price of a bar of chocolate in the supermarket, and we can overturn the world with girls’ education and rights secured! 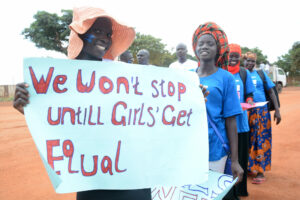 Plan international strives for gender equality via two initiatives, including Child Sponsorship that enables girls to receive an education in spite of poverty and discrimination, and Girls Get Equal campaign that advocates for girls’ rights in families, schools, communities or even on a national level so that girls can be protected. 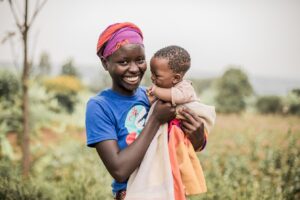 Plan International believes that by multi-component intervention, we can empower female from their birth to their study in school and graduation, in terms of violence-prevention, physical autonomy, gender and reproductive health and freedom.

As the pandemic rages, the situation girls are facing is getting worse. Before the virus and its knock-on effects completely destroy this generation, the international society should put female into our antiviral strategic plans and deal with the deprival of education in girls and exploitation immediately. We have to grant this half of the population with the rights and opportunities they deserve if we want to get back to the right track together as quickly as possible.

Now, we acknowledge the secret strategy to alter the situation, are you willing to support it and recommend it to people around you?