Before we start, let’s take a moment to look at our watches. What time is it now? Remember it and we will come back to this part at the end of this article.

We must have heard of things about Female Genital Mutilation (FGM) at some point in our lives; yet, do you really understand what has been going on? Let us learn about the five facts about FGM.

The World Health Organisation (WHO) defines FGM as the removal of part or all of the external female genitalia for non-medical reasons. Different cultures perform the procedure in different ways. Still, it is all harm but no benefit to girls regardless of the way it is carried out. 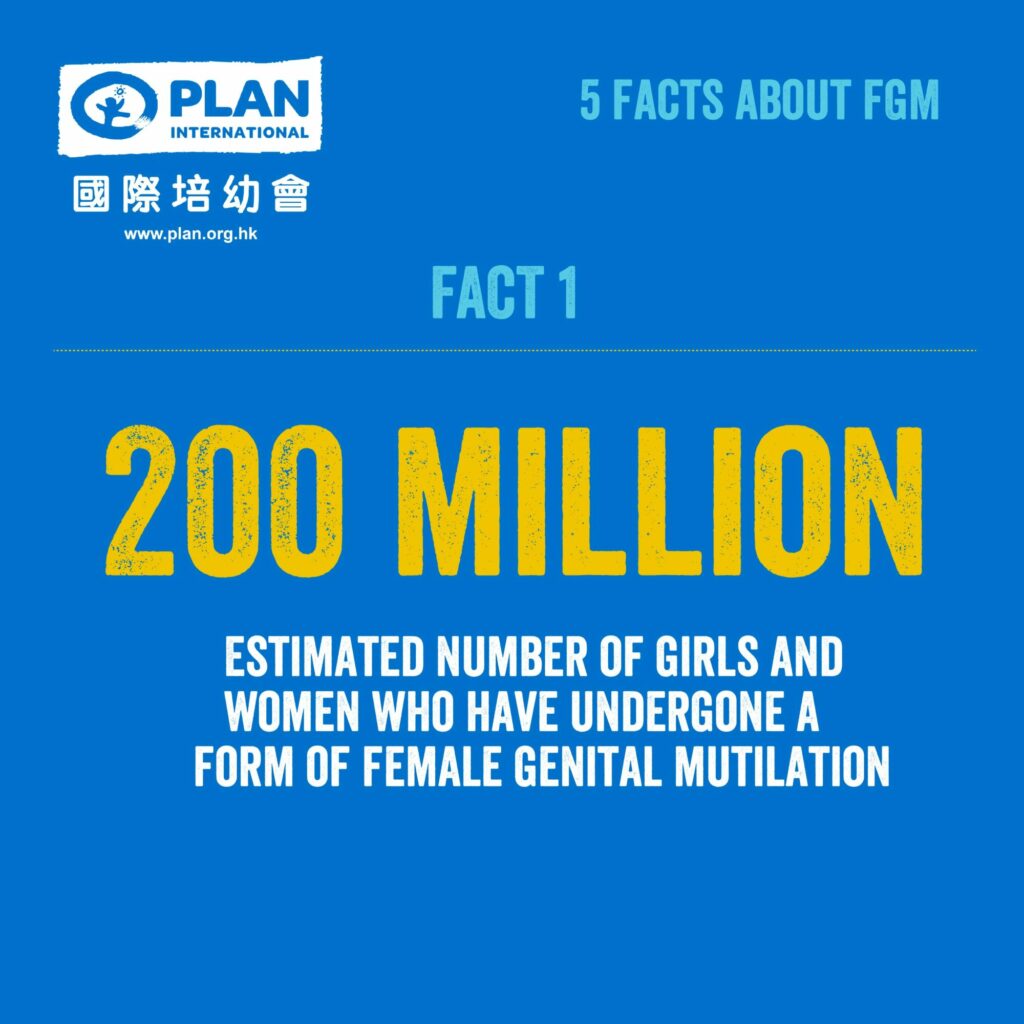 Under the pandemic, girls spend more time staying at home and they become more vulnerable to FGM. It is hard for the outside world to discover the cases or to interfere. With social distancing and lockdown, on one hand, girls and parents lack the opportunity to receive gender and reproductive education at school or in the community; on the other hand, some parents take this period as a recovery time for girls after being cut. During this year of COVID-19, we have recorded a rapid increase in FGM cases all over the world. According to the statistics from the United Nations, 2 million FGM cases that could have been prevented may happen in the coming 10 years because of the resurgence under the pandemic. It is alarming. In view of this, Plan International Somalia has declared FGM a nation-wide ‘emergency’ earlier this year.

To fight FGM, Plan International protects girls from the threat via our Girls Get Equal campaign funded by the Girls Fund. We prioritise anti-FGM campaigns and services in our COVID-19 relief programmes and set up hotlines to combat gender-based violence. We have to ensure the safety of every girl under the pandemic so that there will be no such kind of regrets in their life.

Do you think you know enough about FGM? I have one more shocking fact for you.

Remember we noted down the time at the beginning of this article? How much time has passed?

As COVID-19 surges, a girl is under the blade or in danger of FGM every eight seconds. While you spent three minutes to read this article, around 22 girls were going through the pain. This is the plight we are facing. If you share the pain in your heart, maybe you can take the next eight seconds to share this article with your friends so as to gather more forces to help our girls fight the FGM battle.