The Indian movie Pad Man has raised public awareness on menstrual problems in developing countries previously and put the long term challenges on menstruation Indian girls are facing into the global spotlight. Other than India, its neighbouring country Nepal, where most people believe in Hinduism, shares a very similar situation. Menstruation has always been a taboo and shame to girls because of the traditional beliefs even though it is just a physiological phenomenon. This has caused tremendous perplexity to Nepali girls. To make the situation worse, impoverished girls live by the caste system are frequently exploited, often fail to have their three meals fulfilled, let alone climbing the ladders towards their dreams.

Be Deemed As Dirty

I visited Nepal in early January and got to know that some girls drop out of school because of this normal physiological phenomenon, and some even lose their lives.

Girls on their menstruation are considered as dirty in Nepal due to traditional thoughts, thus in remote villages, these girls are required to stay in some ‘menstruation huts’ called Chhaupadi, which are barren huts with a terrible environment. Some girls who stayed in the huts during extremely cold winters tried to make a fire to keep warm but eventually died of carbon monoxide poisoning; while some of them were attacked and killed by wild animals. Girls’ lives are at risk and they are forced to go through such horrifying experience every single month.

As we talked to the girls open-heartedly about how menstruation affects their studies and lives, more shocking stories came out. Being a Hindus, 15-year-old Nepali girl Smriti recalled her11-day-long isolation period in her neighbour’s house when she had her first menstruation at 13. Smriti was not able to attend school, get in touch with male family members or have direct contact with a water source, which is a miserable experience for her. She understands that this taboo has to go if we want to protect girls’ rights. With this belief, she is brave to share her story with people around her so that she can change the public’s perception of menstruation step by step. 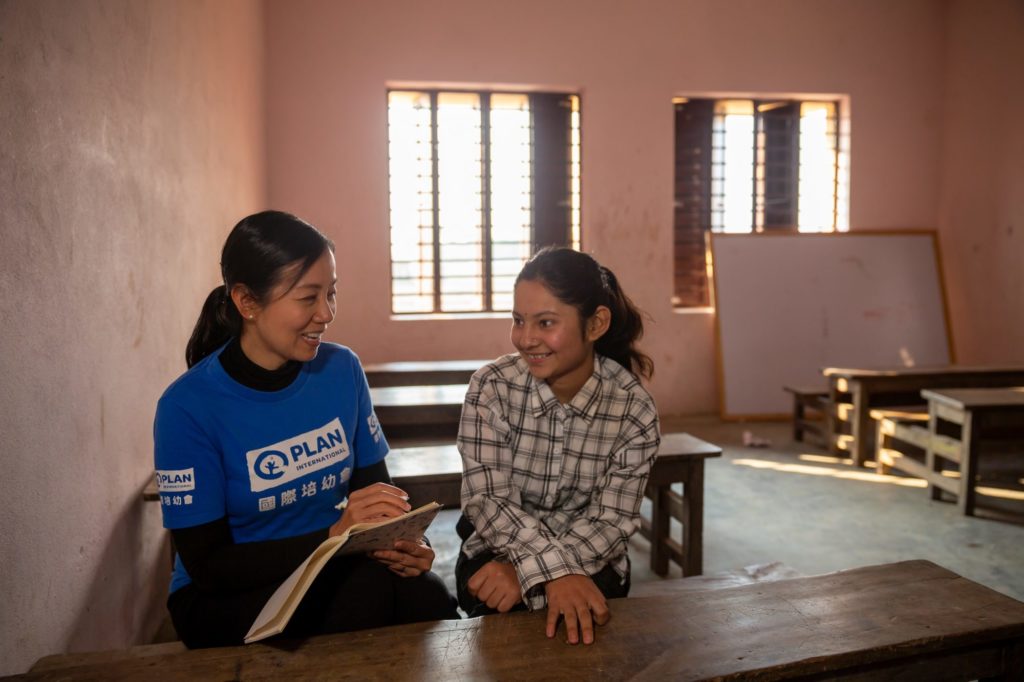 Smriti shares her experiences with her friends and neighbours, hoping to help other girls solve their menstrual problems.

Plan International is concerned about the challenges girls are facing during menstruation and has implemented numerous work to tackle this issue. Reproductive health workshops are held to educate teachers, parents, even the boys about the needs of girls and help them build a positive attitude towards menstruation. Girls are also taught how to make reusable sanitary pads during the lessons. Private, clean and menstrual-friendly latrines or rooms are provided to the girls for resting and keeping good hygiene practices. 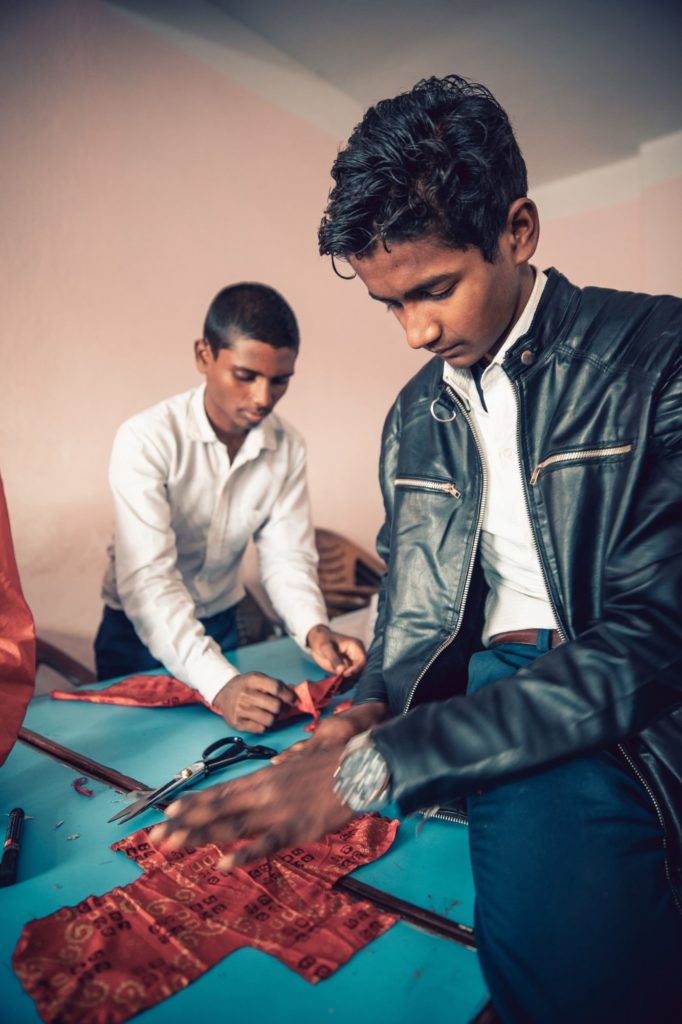 Plan International hold reusable sanitary pads workshops for girls, boys are also encouraged to join so that they can understand the needs of girls. 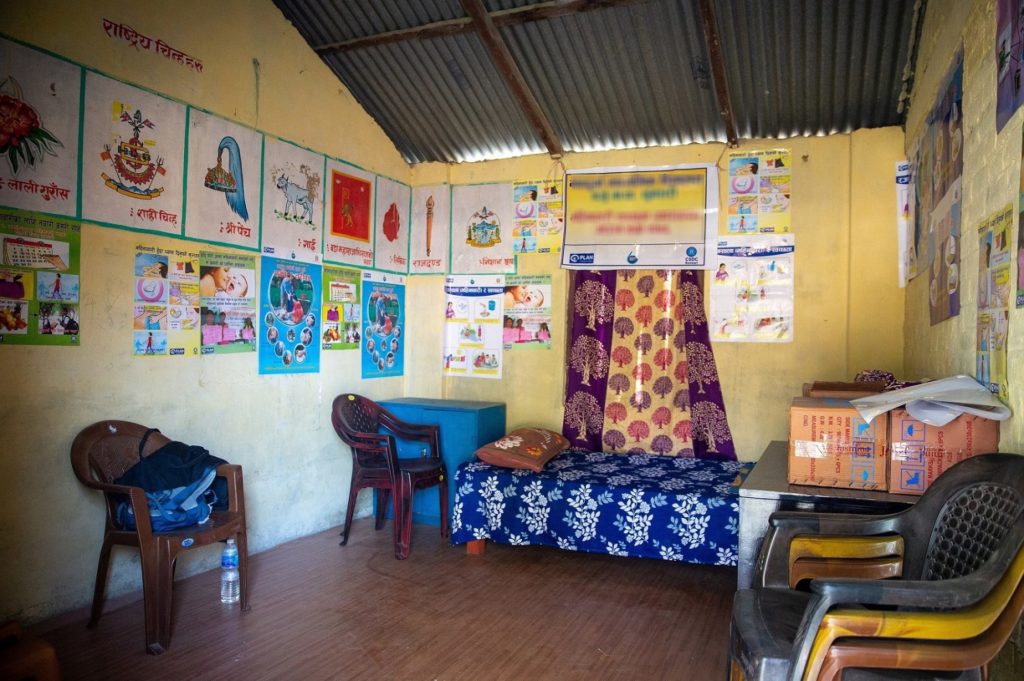 Plan International established menstrual-friendly room in 25 schools, in which they have a bed, handwashing facility, a rubbish bin and reproductive health posters for girls to get rest during menstruation and learn about this physiological phenomenon.

Besides visiting girls with menstrual problems, we have also met ‘Dalit’ girls who live by caste system to understand how the caste system destroys their lives, take away their educational opportunities and leaves them a tough childhood.

We came to Bina’s home. This little girl has a small hut with two tiny sleeping spaces, one is a bed, and another is simply a pile of hay with two pillows that have already turned black. Imagining how Bina lives her life like this every day makes me heartbroken. However, 12-year-old Bina is not the only girl living in such condition in the village because all of the villagers belong to the ‘Dalit’ (the untouchables) status in the caste system in which they are not eligible to own their property. Besides, they have limited work choices and can only work in others’ farmlands to make money. What is even saddening is that they often get exploited at work and they and their next-generation can hardly improve their lives. 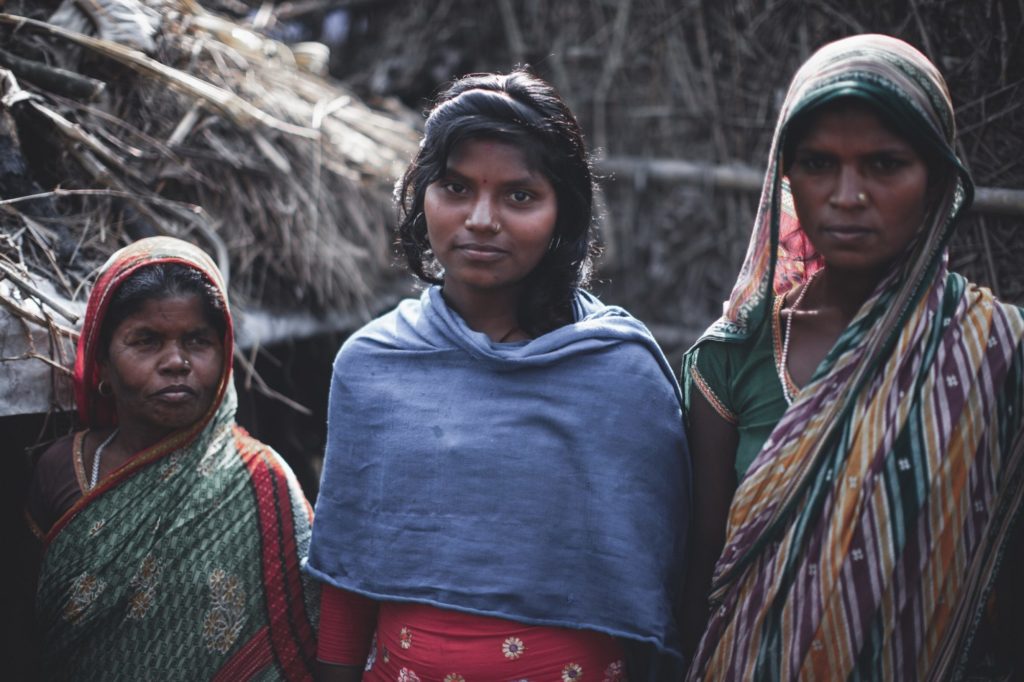 12-year-old Bina (in the middle) belongs to the ‘Dalit’ level, therefore her family has no land and she has to drop out of school to work.

In this undeveloped village, children may not even have three meals a day, let alone receiving education. Nepali children are originally granted with free education but under these harsh conditions, many children are forced to give up their school lives and work to ease their families’ financial burden. Bina’s father ended his life years ago as he fell under heavy debts, leaving his wife, Bina and Bina’s younger brother behind. To help with her family, Bina dropped out and started working on the farm for 5 years already. Unfortunately, she is severely exploited by her employers and all she can make a day (about HK$10 each day) is just half of the ‘normal’ wages. It leads to the vicious cycle that Bina and her family are still paying off her father’s debts and living their days with more loans. 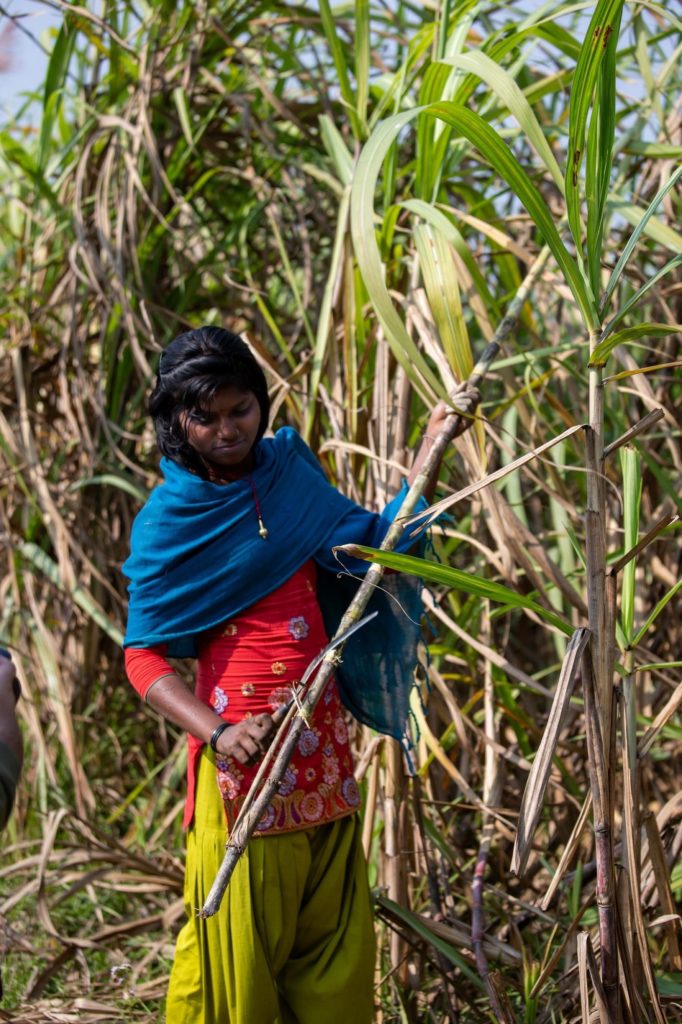 Bina has to work in others’ farmlands and she gets exploited every time, receiving only half of the normal wages. Bina wants to study again so that she can become a teacher one day.

The caste system and the menstruation taboo are both deeply rooted traditions in Nepal for many years, causing lots of girls to go through discrimination and exploitation. It is surely not something the girls can change with their efforts in a day or two; yet, I believe if each of us takes a step further, we can give these girls a meaningful life-changing opportunity.