Aïssa, 22, is a radiant young woman. The blue veil brings out her sparkling eyes. Nothing seems to indicate that she is suffering. But that’s not the case. Aïssa has been incontinent as she suffered from fistula (an abnormal connection between two hollow spaces), a result of a difficult childbirth when she was just 16 years old.

“When I was 14, I learned that I had to marry to a man who is about my father’s age. I did not want to, but I had to.” Aïssa was tortured and forced to have sex with her husband. She repeatedly tried to flee home but her parents always returned her to her husband. “That’s where you live now, you’ll stay there even if you have to suffer,” they told her.

Aïssa was pregnant at 16. Her delivery lasted five days and it was not until the fourth day that she went to the health centre. The doctor was able to get the baby out with a vacuum pump, but he was already dead.

“I went home and noticed that I was leaking urine. After a week, I went back to the health centre, but no one could help me. My husband abandoned me because I was dirty and smelled bad.”

Aïssa’s friends began to avoid her, even her parents told her that it was useless to hope that she would heal. But Aïssa did not give up. She heard about a fistula centre on the radio and sold everything to get to the center in Niamey, which is located more than 1,000 kilometres from her home.

Aïssa has lived at the centre for five years and has undergone several operations. She feels better, but is not fully cured. She learnt how to read and sew, and is determined to become a tailor and provide for herself. 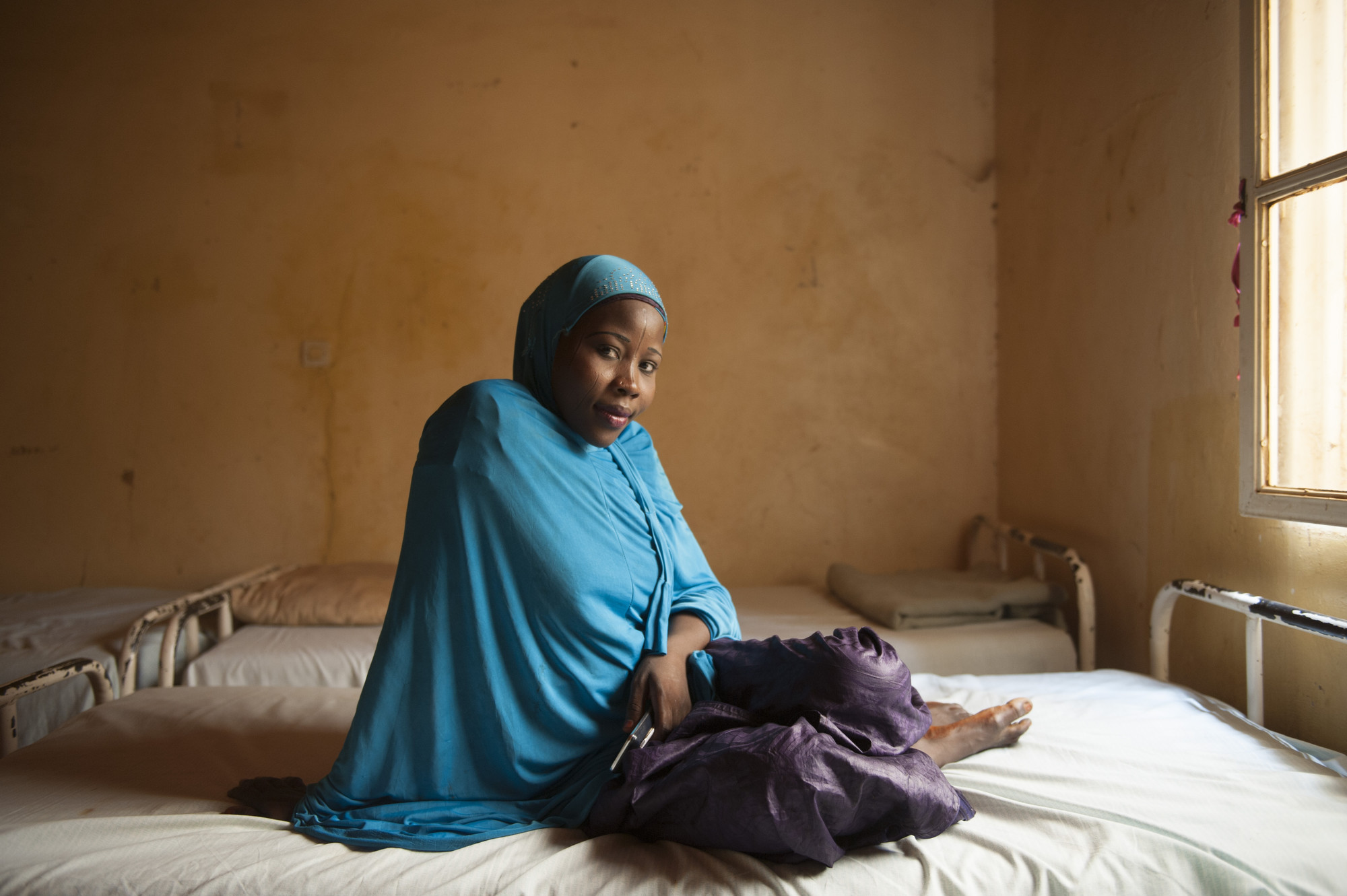 Aïssa is receiving help at the health centre supported by Plan International.

The center cares for girls and young women suffering from fistula. They are provided with psychosocial support, food, water and clothing. After surgery, they follow a vocational training programme, learning to read and write, sew, weave baskets or make jewellery.

When they finish their training and are healed, they will return to their villages where they are encouraged to educate and inform others about the possibility of curing fistula and the importance of safe deliveries by trained midwives. They also encourage villagers to respect women with fistula and not to exclude them.