Although it is still inevitable to feel embarrassed when we discuss topics on menstruation in Hong Kong, we treat it as a normal physiological phenomenon since we all learnt basic reproductive health knowledge. However, in some developing countries like Nepal, menstruation is considered “unclean”. Nepali girls need to face severe discrimination and even be isolated in menstrual huts where they might get hypothermia in winter, be attacked by wild animals or be raped. The unreasonably high selling price of sanitary pads in Nepal also forces girls in poverty to use old cloths as substitutes, which might lead to illness.

With the support from our donors, Plan International launched the “Breaking Silence” project in Shimha Secondary School and its district, Bardiya, Nepal.. Educational activities on menstruation were organised and hygiene management facilities were built so that girls can feel comfortable in school during their menstruation.

Education is necessary to solve the problem which is mainly caused by the lack of proper reproductive health education. Plan International organised various activities in Shimha Secondary School and the local community to educate the general public on menstruation and raise their awareness of women’s needs during their menstrual periods. 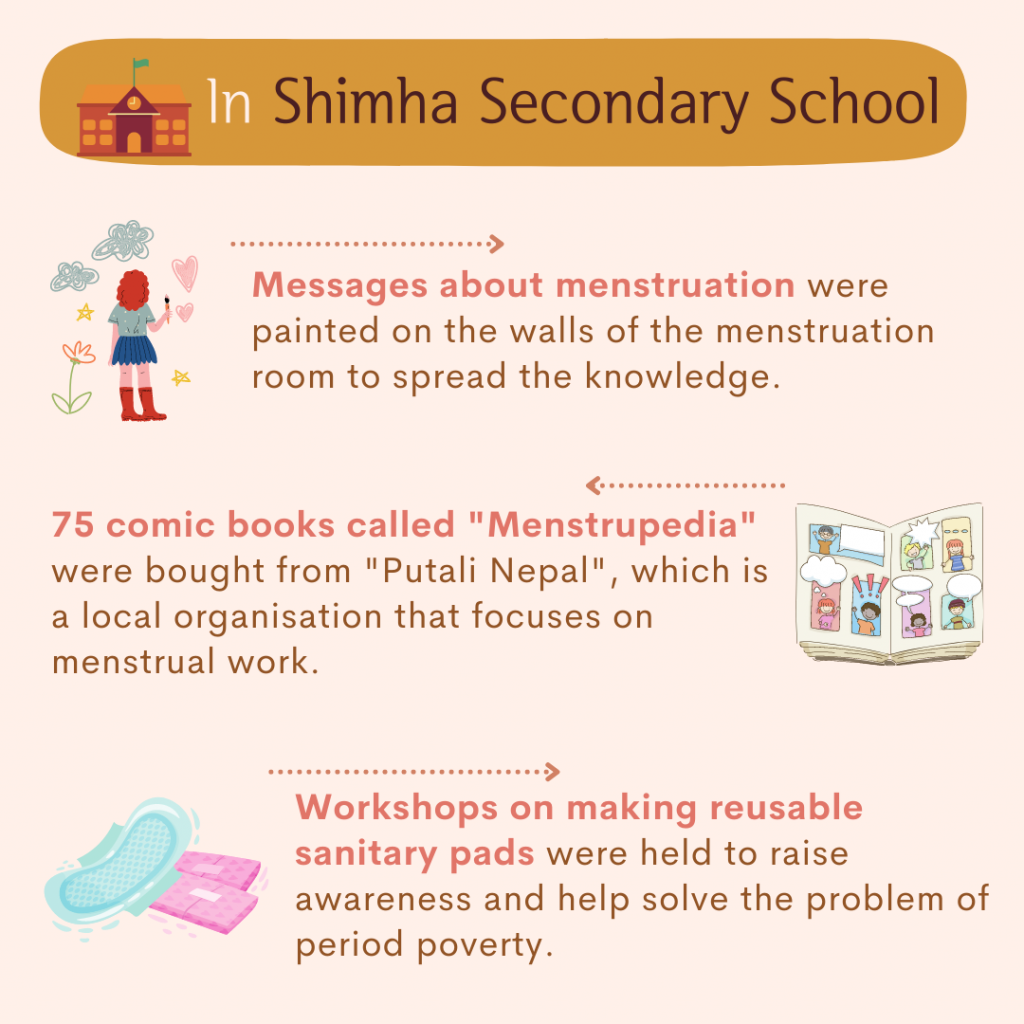 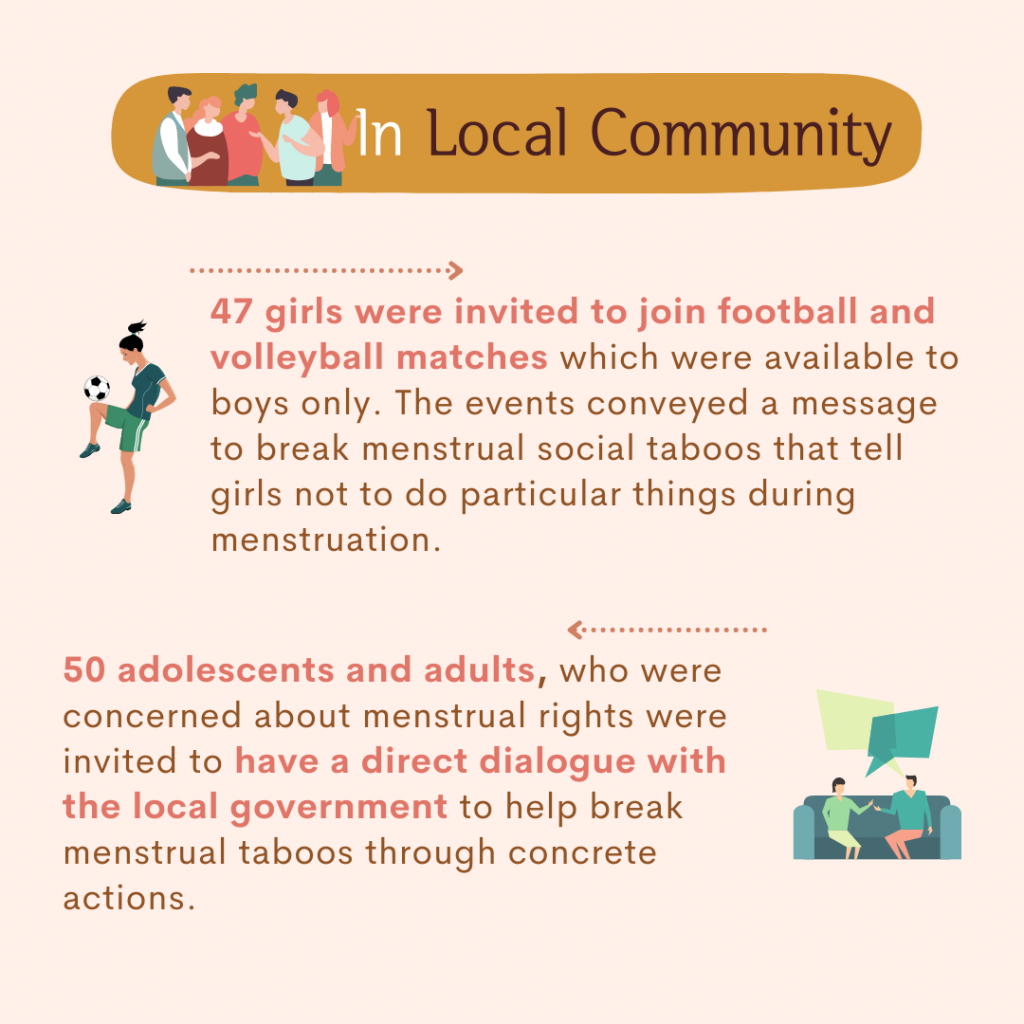 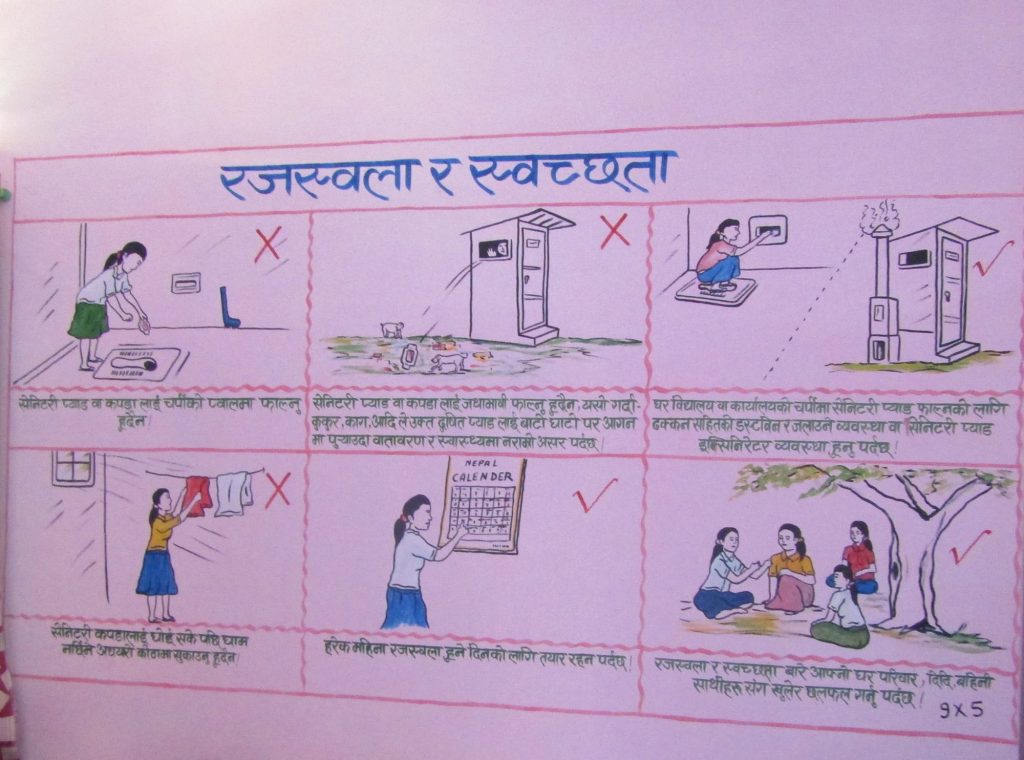 Wall painting in the menstruation room was used to spread correct knowledge. 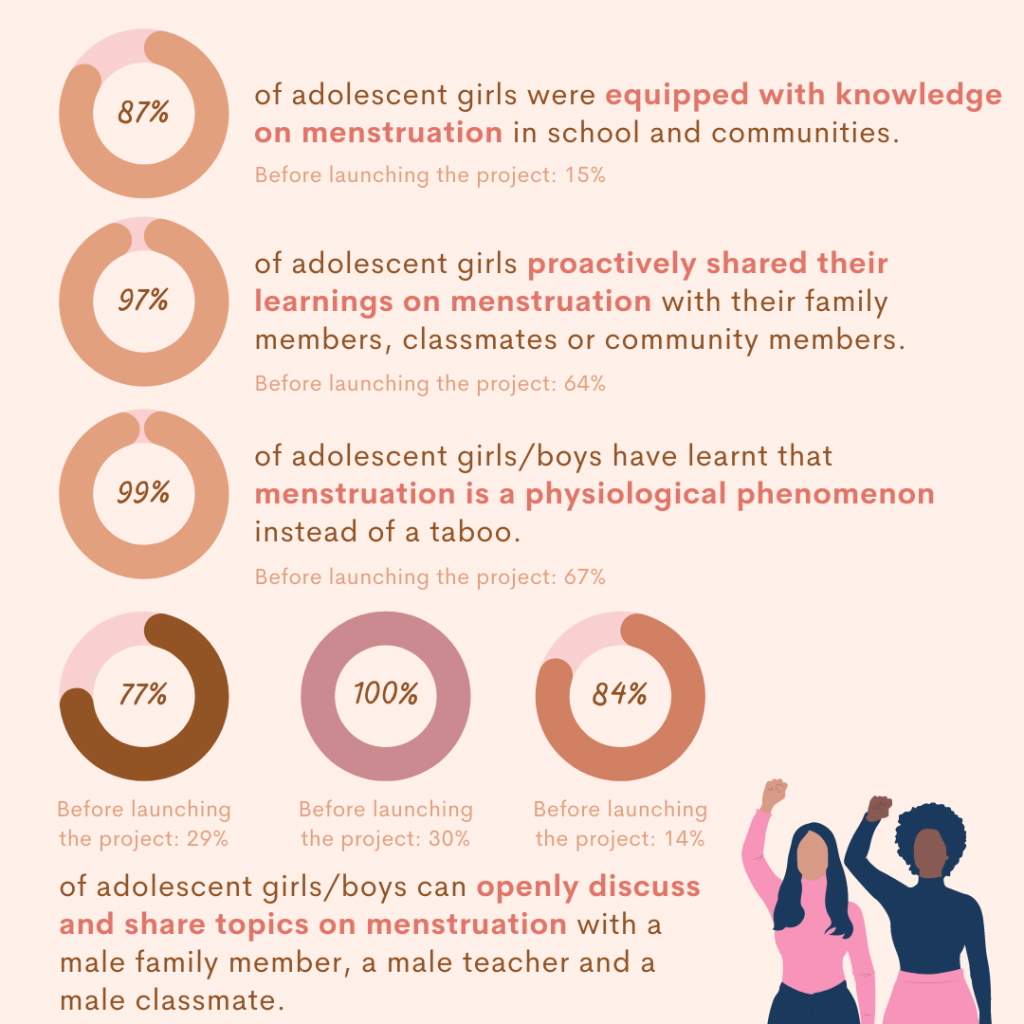 Other than “period shaming”, insufficient facilities and period poverty are also blocking Nepali girls’ way to school. Thus, Plan International has built hygiene management facilities in Shimha Secondary School to ensure that menstruation will not distract girls from their studies. 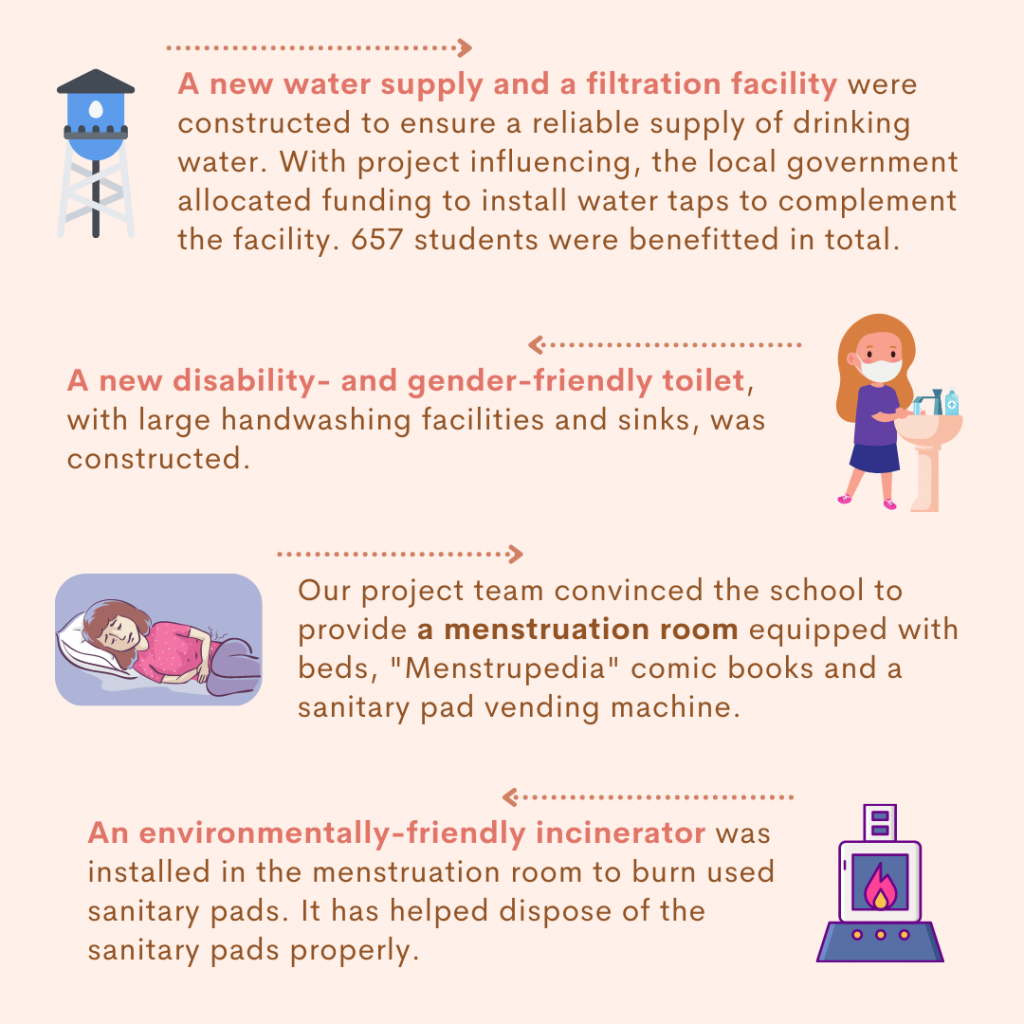 The new toilet is equipped with two sinks. 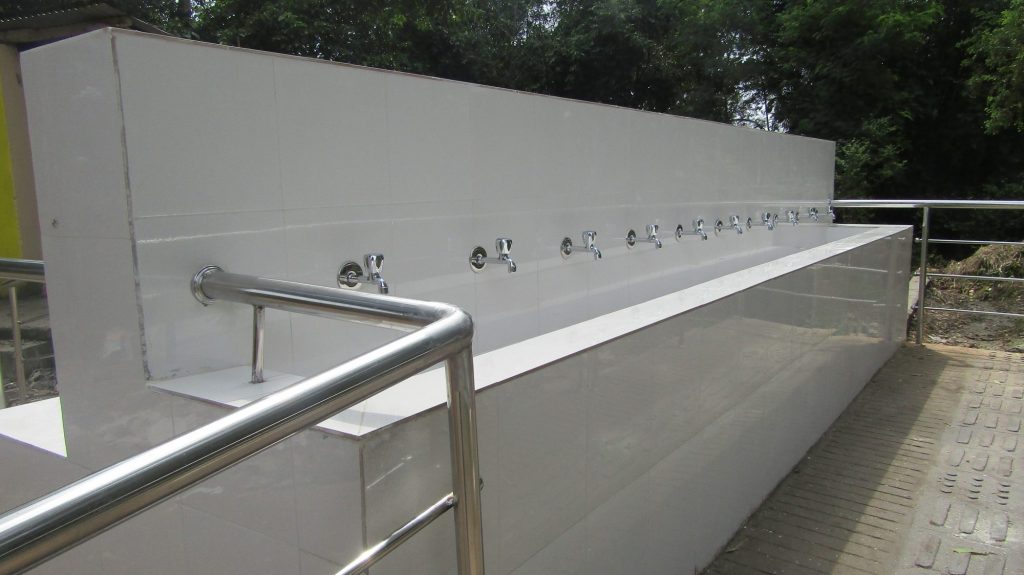 Students can use the large handwashing stations at any time to maintain personal hygiene. Sanitary vending machines in the menstruation rooms allow female students to get free sanitary pads with their student ID cards. 15-year-old Jyoti is a secondary four student in Shimha Secondary School. Before participating in the “Breaking Silence” menstruation project, she did not know much about menstruation. Social norms to isolate females during their periods were deeply rooted in her family. Jyoti could not take good rest or get the sanitary pads she needs as they are unaffordable. She could only use cotton cloths as substitutes which affected her health. During her period, she always needs to take leave for three to five days due to the lack of menstrual support in her school and it slowed down her learning progress.

The “Breaking Silence” project has brought positive changes to Jyoti’s life. As the school reopened after the first wave of the pandemic, she started participating in the project activities and chaired the Menstruation Committee at school which was formed with the support of this project. Not only had Jyoti attended the awareness activities actively, but also has she spoken in the events to call for the elimination of prejudice on menstruation and discrimination towards females. Remarkably, Jyoti also participated in persuading the local government to allocate an adequate budget for menstruation facilities in Shimha Secondary School so that female students like her would not have to skip classes during their periods. 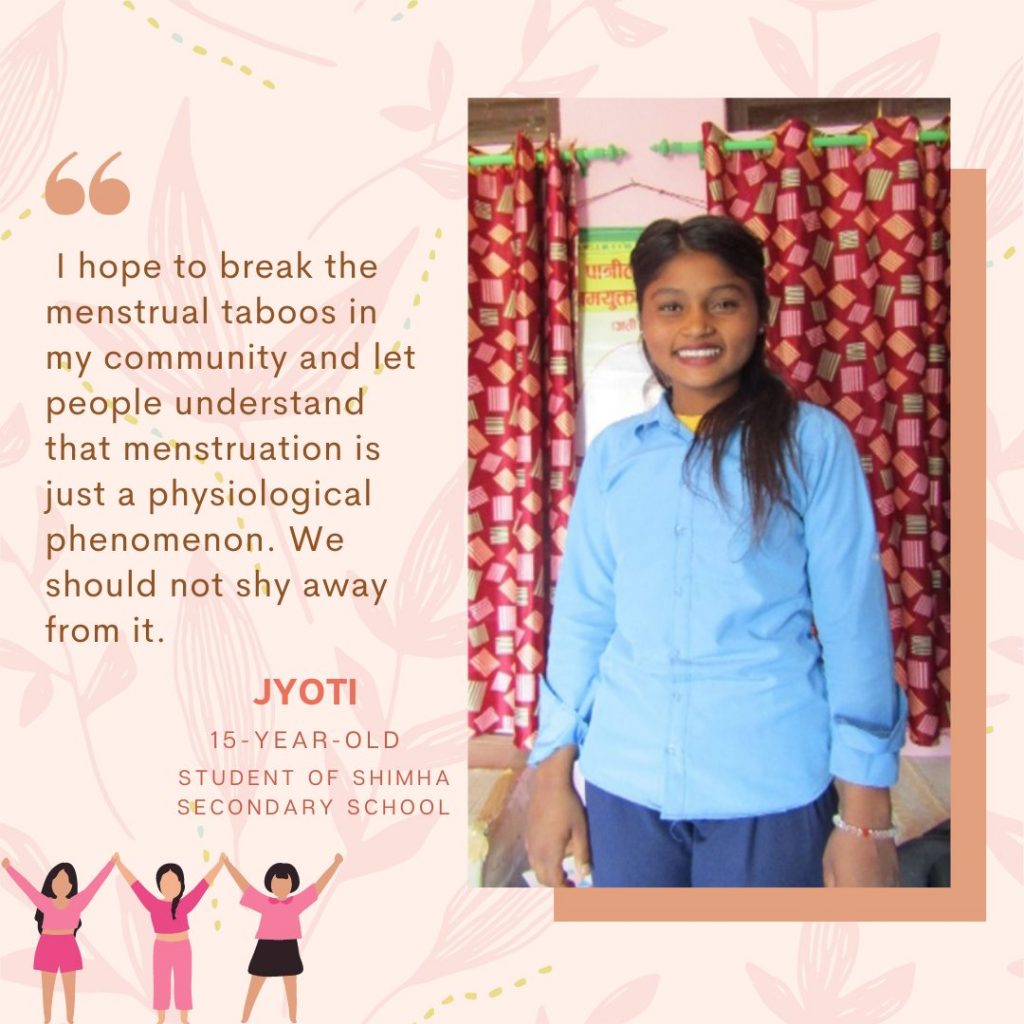 Sharing from Other Students